Bollywood actor Salman Khan started hosting the popular reality TV show Bigg Boss in 2010. Other than Salman, Arshad Warsi, Shilpa Shetty, Amitabh Bachchan and Farah Khan have taken the hosting duties of the popular franchise in the past. However, it's only Salman who has managed to become synonymous with Bigg Boss. From the way Salman handles the contestants to his entertaining dance performances and cute nok-jhoks with guests, imaging a weekend ka vaar episode without any of these is a big no-no. Hence, seeing the star return to our small screens with season 15 of the show is a big relief for BB fans. But, as we all know, Salman, on several occasions, has contemplated leaving the franchise. For various reasons, the actor has previously threatened to quit the show but fortunately, the love of his fans always bring him back to the sets.

Before the premiere episode, why don't you refresh your memory and get a little nostalgic with our quick recap edition? Take a look at 5 controversies that almost lead to Salman quitting Bigg Boss.

Bigg Boss 13: Salman lost cool and said, "Someone should do this"

Right at the beginning of the show, Salman's hopes of hosting a dignified show went down in the drain. As contestants constantly got into ugly fights and broke rules inside the BB house, Salman lost his cool and left the stage while angrily saying, "Guess I want someone else to do this." Popular faces of the season were Sidharth Shukla, Asim Riaz, Rashami Desai, and Paras Chhabra.

In one of the episodes of BB 12, contestants Surbhi Rana, Saba Khan, Srishty Rode and Shivashsish Mishra got violent with each other and what followed wasn't a pleasant sight. The following week Salman slammed the four contestants for their aggressive behaviour and he went on to say that this is not the show he wants to be a part of. 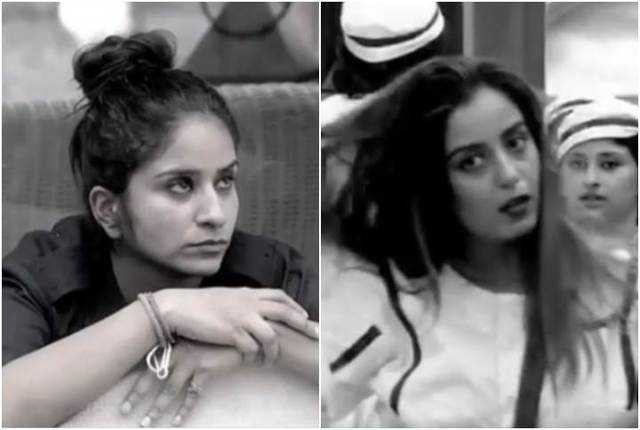 Salman threatened to cut ties with Colors channel and quit Bigg Boss if Priyanka Jagga would appear in any of their shows. The host had a major argument with the contestant because she had taken a dig at her co-contestant Manu Punjabi after his mother passed away. Her nasty comment irked Salman and he asked the BB team to evict her from the show. Priyanka is one of the most controversial contestants of BB. Her questionable behaviour inside BB house always kept her in the headlines.

Since season 7 had some of the most hot-headed contestants in the Bigg Boss history, it was one of the most explosive seasons of all. Tanisha Mukerji, Gauahar Khan, Armaan Malik and Kushal Tandon were popular faces of the season. One incident that pushed Salman to contemplate quitting BB was Tanisha's fight with Kushal. During an endurance task, Tanisha pushed Kushal for throwing garbage on her. On weekend ka vaar episode, Salman justified Tanisha's wrongdoing and took Kushal to task. He even went on to say that this would be the last time he will feature on the show.

Bigg Boss 6: When Imam Siddiqui said 'Time out' to Salman and he responded angrily

During a weekend ka vaar episode, Imam Siddiqui asked Salman Khan to shut up and as expected, this didn't go down well with the B-towner. The actor gave him an earful and it was later reported that Salman has threatened to quit the show if Imam keeps misbehaving with him.