The second season of hit MTV show Ace Of Space 2 began with a bang having mastermind Vikas Gupta as the host. Deepak Thakur, who is currently seen in the second season of MTV Ace of Space, recently met with an accident while performing the weekly task on the show. Deepak severely injured his shoulder and was immediately rushed to the hospital.

Deepak and the other houseguests of the MTV Ace of Space 2 house were performing the task, Bombers and Bomb Squad. The activity was immediately stopped after Deepak got injured. Post the brief examination of the doctors inside the house, he was taken to the hospital for further treatment. 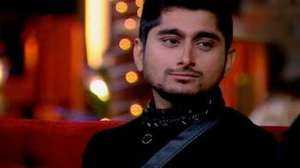 Recently, a TV actor and contestant Krissann Barretto suffered an asthma attack while performing the task on the show. It was speculated that she might quit the show due to her health issues but nothing is confirmed yet.

“I don’t need a game plan and strategy, I’m just gonna be me”, says Krissann, who’s all set to survive in the house! Watch @philipsindia presents #AceOfSpace2 everyday at 6 PM on MTV and anytime on @voot to know her more. @lostboyjourney

Previously Vikas Gupta has announced a mid-week eviction. In addition to this, the second part of the task, Hold your Space, takes another dramatic turn with Baseer Ali and OHM taking revenge from the Kings, i.e., the Haves! With the two boys already creating a stir in the house this week, it will be interesting to see how does the Mastermind take on them.