'Amitabh Bachchan' advised Salman Khan to get married, the reaction of the Dabangg actor is worth watching

Salman Khan's marriage is often talked about in the film corridors and a lot of jokes are also made about it. A video has surfaced in which he has been mocked about Salman's marriage. Actor and TV host Maniesh Paul has shared a video in which Sunil Grover is asking Salman to marry Salman while mimicking Amitabh Bachchan's getup. 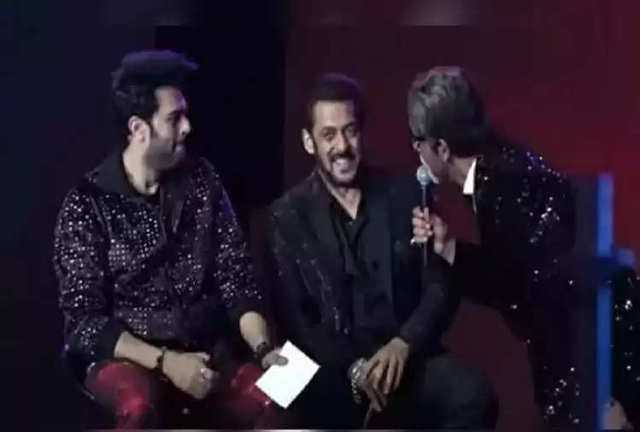 video from Saudi
Salman Khan, Shilpa Shetty, Prabhu Deva, Sai Manjrekar, Maniesh Paul, and many other film actors went to Saudi a few days back for Dabang: The Tour Reloaded. Some videos of this event have been shared by Manish Paul. In which the way the backstage was being prepared, it has been shown.

Sunil's comedy as Amitabh Bachchan
On this tour, actor and comedian Sunil Grover performed with Salman Khan on stage as 'Amitabh Bachchan'. Sunil posed as Amitabh and asked Salman questions like in the show 'Kaun Banega Crorepati' and advised him that now you should get married. Listening to Sunil, Salman blushed and started laughing. Manish could not stop laughing seeing this.