An Elephant Ride In A Coffee Plantation!

In the lush green valley and mystic sorroundings, the majestic beast appeared. A seat was mounted on it's back which could accomodate me and my husband. The unforgettable trail of twenty five minutes began admist the coffee plantations of Munnar.

The seat was quite spacious and comfortable for us. It was a feast of nature, the green plantations, aroma of fresh coffee beans, slightly hilly terrain and deep blue skies. It was early morning and the fresh golden rays of the sun mixed with the blue skies turning the skies into multiple shades of blue and green. 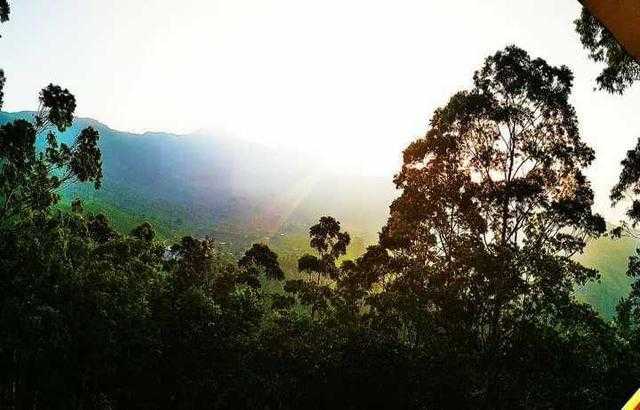 I was so overwhemed with the trail through the coffee plantations that I started clicking each and every frame of beauty. I experienced total tranquility while enjoying an Elephant ride being away from the hustle and bustle of the city. This adventurous and amusing ride gave me an uncommon chance to encounter the safari on an Elephant through a Spice Plantation where the delicate breeze revive ones, with the zest scented air. 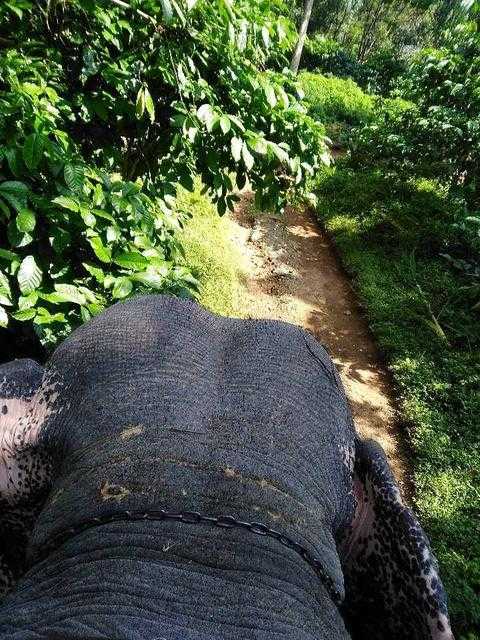 When I touched the head of the elephant, I could feel the thorny hair and I caressed it on the head so as to feel it's skin too. It was rough. The pair of it's fore limbs and hind limbs were tied together with a chain to control the length of steps taken by it. The ranger who accompanied us was walking with the beast and he was kind enough to take a lot of pictures on me and my hubby. 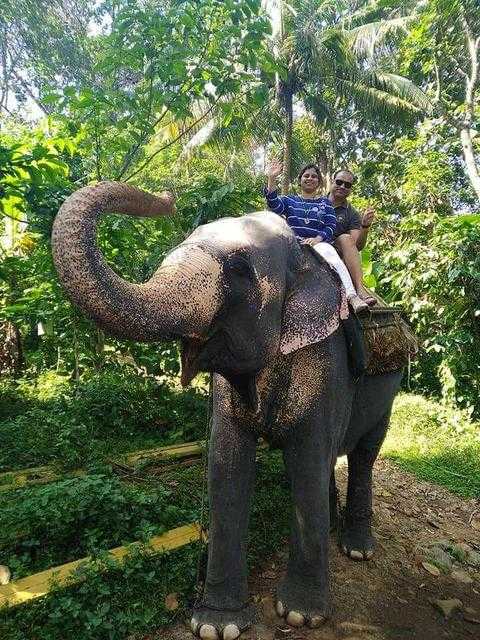 Travel Tips: There are loads of elephant camps in Munnar which provide a trail in the zig zag hilly areas and boast of activities like elephant bath. Some of them take the tourists through tea gardens while some also have pineapple or banana feeding activity which is included if you pay some extra bugs for that. But such camps are crowded, chaotic and obviously do not allow to merge yourself in nature. Such camps may be ones which do not follow 'Cruelty to animals' laws. So need to be avoided Therefore select the ride where in the crowd is less and the terrain is picturesque to allow you to enjoy the natural scenaries along with an exciting ride. I selected the Elephant Camp based on Google reviews. This one was named Iruttukanam Elephant Camp. It was not so big as those which boasted of such activities mentioned above. But the ride was about 25 minutes which was the longest one and was in a coffee and spice plantation unlike some other big camps where the rides are short, chaotic and noisy. It was value for money.

And above all one more animal encounter of my life.

Earlier I had posted an encounter with a lion.https://www.momspresso.com/parenting/innocent-minds/article/walk-with-the-lion

This will make the experience, a one which can be cherished forever just like mine.

Disclaimer: The opinions expressed in this post are the personal views of the author. They do not necessarily reflect the views of Momspresso.com. Any omissions or errors are the author's and Momspresso does not assume any liability or responsibility for them.