Heavy rains on Monday have affected voting in the five constituencies in Kerala where by-elections are being held but voters waded through water-logged roads to exercise their franchise. The rains have been severe in Ernakulam whereas polling remained smooth in four other constituencies.

Though water entered some polling booths, all arrangements have been made to conduct polling smoothly, he said adding 10 water-logged booths on the ground floor in Ernakulam had been shifted to the first floor.

"We are observing the situation. If voting has begun late in some booths we will consult the Election Commission to find out if voting time can be extended beyond 6 pm," he said.

Voters waded through knee deep water in some booths in waterlogged Kochi city and vehicles were kept off the roads. Water had also entered some booths. 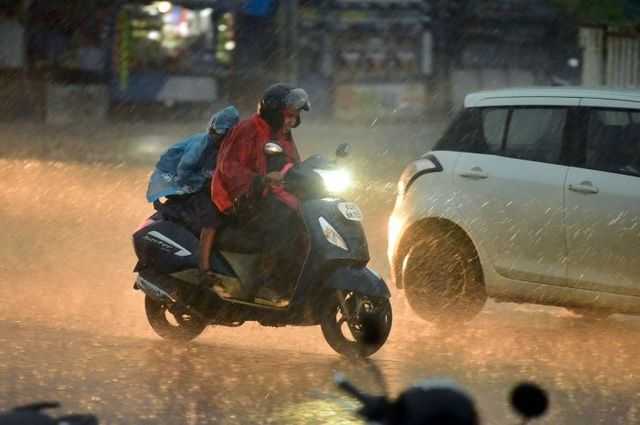 A woman voter in Kochi said this was the first time people had to exercise their franchise wading through knee-deep muddy water at Ayyappankavu.

A 92-year old man, who was not allowed to vote as he carried only a copy of his voter ID, returned with all his identity cards to vote despite the rains.

The strength of the voters in the 5 constituencies is 9.57 lakh.

"Prepare for more downpours. Heavy rain has increased across most parts of the State. We are closely monitoring the situation. Follow instructions from local officials. Listen to instructions regarding evacuation or sheltering. If advised to evacuate, do so immediately,” said Chief Minister Pinarayi Vijayan.

In the meanwhile, Orange alert has been issued for October 21 in Thiruvananthapuram, Alappuzha, Kottayam, Ernakulam, Thrissur, Idukki, Wayanad Palakkad and Malappuram districts.

Heavy rainfall warning has also been issued for Kerala and Lakshadweep in the next five days. Fishermen and rural folks have been warned not to venture near the coast.