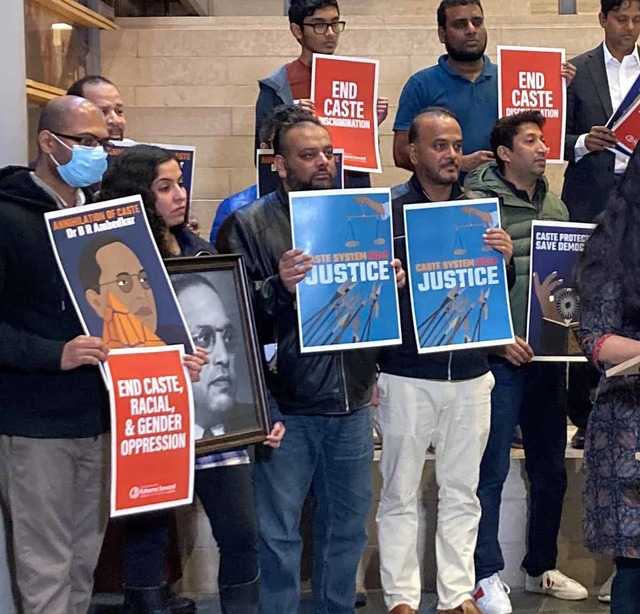 The Ambedkar International Center, Inc. (AIC), a US-based civil rights group that fights against caste oppression, and other groups have asked the Seattle City Council to ban caste-based discrimination. The proposed ordinance, officially introduced by Councilmember Kshama Sawant, would put Seattle at the national forefront of protecting the caste-discriminated.

The proposed ordinance for the Seattle City Council would add caste to its civil rights laws, prohibit caste-based discrimination, and include protections against discrimination in employment, public places, housing, and contracting, said a press release from the AIC.

The AIC has worked closely with council member Kshama Sawant, the Coalition of Seattle Indian-Americans (CSAI), Equality Labs, and the Ambedkar Association of North America (AANA) to help draft this proposed ordinance. This proposal builds on AIC’s policy in Seattle and advocacy efforts to end caste-based discrimination and fight for justice for victims of caste discrimination.

“Taking up such a model legislation is the need of the hour; a raft of evidence shows that the evils of caste and caste discrimination is present in the United States”, said Anil Wagde, a member of the AIC. According to the Seattle-based AIC, the 2020 census data shows that the South Asian population is the fastest-growing major ethnic group in Seattle, home to a large tech industry, where caste discrimination has thrived.

More recently, Brown University became the first Ivy League institution to add caste to its non-discrimination policy and explicitly prohibit caste discrimination, joining a number of US colleges and universities. The AIC’s in Seattle proposal is also being supported by Ambedkarite Buddhist Association of Texas, Boston Study Group and Ambedkar Kings Study Circle.

“Such legislation will not only bring the evils of caste to light and how caste bias operates but will also be much-needed legal teeth for the victims of caste discrimination. We thank Council member Kshama Sawant for her support and CSAI for this initiation. We would also like to thank our policy advisor Sumit Anand for his guidance and expertise. We hope that other city councils will follow suit and these small steps culminate in a national ban on caste discrimination”, Anil added.