Barcelona are reportedly on the brink of handing teenager Ansu Fati a new long-term contract which will include an eye-watering £88milllion release clause.

The 16-year-old has burst onto the scene for the La Liga champions this season and was rewarded with a call-up to Spain's under-21 squad last week after acquiring a Spanish passport.

Fati, born in Guinea-Bissau, became the youngest Barcelona player to appear in the Champions League this season and also impressed by notching a goal and an assist on his first start for Barca against Valencia.

And according to Spanish outlet Mundo Deportivo , Barcelona are looking to tie the talented teenager to a new contract that would ultimately ward off potential suitors.

It is claimed by the publication that manager Ernesto Valverde has been impressed by Fati's rise through the ranks and is determined to give him as much first-team football as possible this season.

Valverde isn't the only manager impressed by his performances this season, either.

Spain head coach Robert Moreno recently insisted that Barcelona's teenage star could yet force his way into the squad ahead of next summer's European Championship. 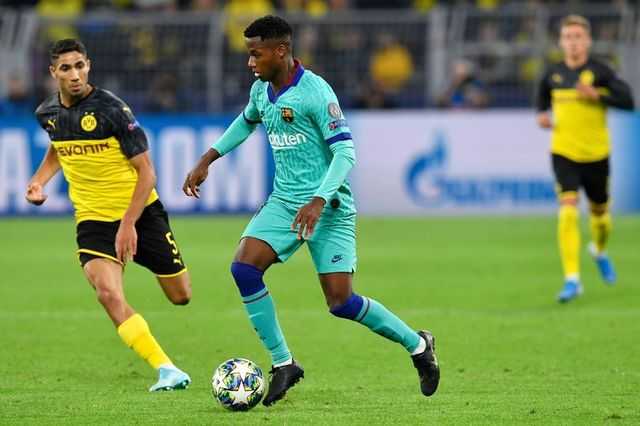 "I'm not ruling out the fact that he could play at Euro 2020. It would be foolish to say that he will not go," Moreno told a press conference.

"There will come a time when we have to look at the different pieces and see who is in the picture. Any good player is welcome in the team.

"He has broken the system in terms of players in specific age groups. Hopefully he can help the under-21s with qualifying."