'Bhool Bhulaiyaa 2' Review: Tabu is the Star of This Average Film

Bhool Bhuliayaa 2, starring Kartik Aaryan, Kiara Advani, Tabu, Sanjay Mishra and Rajpal Yadav, is directed by Aneez Bazmi. The film, though a sequel to the Akshay Kumar-starrer Bhool Bhulaiyaa, is not a take-off from where its predecessor left off.

Letting go of the original film’s psychological thriller angle, this one is a horror-comedy. 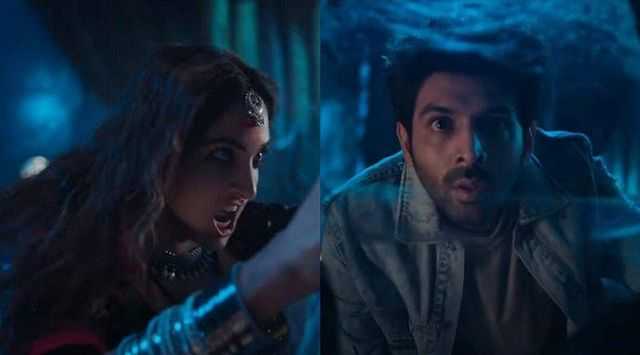 The film opens with an elaborate scene of a baba doing chaad-phood to lock Manjulika – the ghost - in a room. Scared family members gather around to watch while he performs the ritual – it's just a ghost after all, let's watch. He manages to lock her in the room after we see her attacking Tabu's character, and the whole family leaves the house.

Eighteen years later we meet Ruhan (Kartik), an unemployed boy who hails from a rich family. After his father passes away all he does is travel.

Kiara Advani, who plays this seedhi saadhi girl Reet, is seen studying in a city. She has never been anywhere expect for her hostel and college. Imagine, four years in a city and that’s all she did because her father, who lives in another city, is very strict and she doesn’t want to upset him.

As luck would have it, Reet accidentally leaves her bag in a cable car, wherein Ruhaan is also seated. Ruhaan sees Reet wave at him from the other cable car, gesturing that it is hers. That’s how the two meet, when he goes to return the bag.

A few seconds later, Reet forgets her phone and when he goes to return that she thinks he’s hitting on her and she throws the phone. When she uses his phone to make a call home, we learn that she is being married off in the next 2-3 days ( she doesn’t want to but has to).

Ruhaan convinces her that they can take the last bus back and attend a music festival because she hasn’t seen anything in her life. She agrees and when they come to get the last bus back they learn that the bus they were on earlier met with an accident and there were no survivors. She makes a call home to inform them that she’s okay, but overhears her cousin sister and her fiancé Sagar talking about how they have always been in love. The family assumes Reet is dead, and she decides to play along so that her sister can be married off to Sagar.

To put her plan into action and to have a shield when she finally reveals to her family she is alive (after her sister and Sagar are married), Reet decides to take Ruhaan to her hometown, Rajasthan, so that he can help her out. After all, they became chaddi-baddis in just 24 hours! 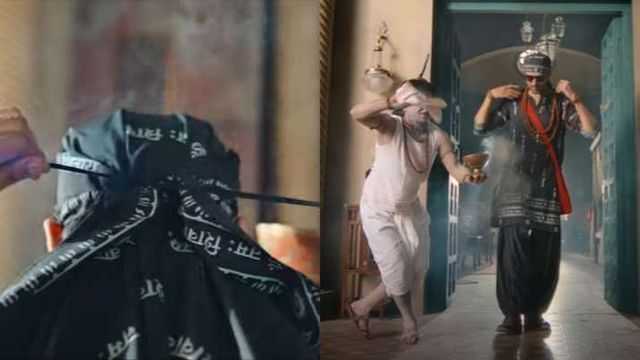 The two decide to stay at the haunted haveli from which the entire family fled since Manjulika was locked in one of the rooms there. Reet tells Ruhaan the stories about the house and the childhood she spent there. She believes that there is no ghost and these are just stories.

Seeing the haveli door open, Rajpal Yadav's character tells the family and everyone rushes to to the house. That’s where they all meet Ruhaan (while Reet hides - she’s dead remember), who tells them that Reet’s ghost has brought him to the house and he repeats all the stories about the family members that Reet had told him and tells them her last wish is that everyone lives in this haunted haveli. Everyone agrees.

Following a few other incidents everyone believes Ruhaan can speak to ghost and he’s hailed as the Rooh baba in Bhawanigarh. Except for Sanjay Mishra and his wife, who try to out him to everyone but fail.

Rooh baba now lives in this haveli with the family, while Reet hides in a room, and after spending few days together the two fall in love. The room with Manjulika in it is opened a few days later, and that's when all hell break loose.

There’s a twist in the end, while it may not blow your mind, it definitely lifts the film.

Imitation is a form of flattery and Akshay Kumar should feel very flattered. Kartik Aryan tries to ape Akshay Kumar’s dialogue delivery, which will lead to some laughs, but you will only be reminded of Akshay. With a more solid, tighter screenplay, Bhool Bhulaiyaa 2, a 2 hours 10 minutes film could have worked better if it was another 20 mins shorter.

This horror-comedy has a lot of puerile humour and not much horror. While I can sit through the childish jokes and roll my eyes, but what didn’t did not sit right with me was fat-shaming a kid to get laughs. Are we still doing those? I guess if I was expecting more from this the joke is on me.

Manjulika’s make up in the film! I cracked up when she was on-screen. You know when you put those white face packs and leave on for one-to-many hours and then it starts to crack - that’s it. So, if you ever want to try the look, you know how to. I jumped in my seat only twice through the film – so don't expect too many jump scares.

Bhool Bhulaiyya 2 is an average film. Kiara is a delight to watch, while Rajpal Yadav and Sanjay Mishra make you laugh or smile (depending on your sensibilities) every time they are on screen.

However, the star of the film is Tabu, a two-time National Film Award winner who steals the show. Watch it for her and a few funny moments.