The job of Prime Minister often means having to spend a lot of time with the Royal Family.

Even though the royals tend to firmly stay out of politics, their paths often cross with the PM.

Of course, the Queen holds a private weekly audience with the Prime Minister and it's not unusual to see them rubbing shoulders with other royals at high-profile events.

Therefore, it was always likely that we would see Boris Johnson catching up with Prince Charles this week as they are both attending the Commonwealth Heads of Government Meeting in Rwanda.

But their relationship has been under the microscope after it was reported the Prince of Wales privately branded Mr Johnson's plan to deport asylum seekers to Rwanda “appalling”.

And tomorrow they are set for a showdown over a cup of tea during a meeting in the Rwandan capital Kigali.

But what has Mr Johnson's relationship with Charles and other royals including the Queen and Prince William been like? Here we take a look...

When it comes to Mr Johnson and the heir to the throne Prince Charles, tension has reportedly been brewing for some time - even before the reported criticism of the government's Rwanda migrant policy.

Their relationship was said to be so bad that the PM reportedly struggled to deliver a suitable tribute to the future king in a eulogy after being asked by the BBC. Love the royals? Sign up for the Mirror's daily newsletter to get all the latest news on the Queen, Charles, Kate, Wills, Meghan, Harry and the rest of The Firm. Click here to sign up.

In case of his sudden death, the broadcaster enlisted the Prime Minister to pay his respects to Prince Charles and Princess Anne in autumn 2020.

But while he was apparently available to deliver a positive message about Princess Anne, he reportedly struggled with the Prince of Wales.

The Times say the PM told aides before the interview that he did not like Charles and made a series of jokes instead - by paying tribute to his Duchy Organic biscuits.

It is also said that the relationship between the pair also soured when Mr Johnson visited the Queen's private estate of Balmoral. 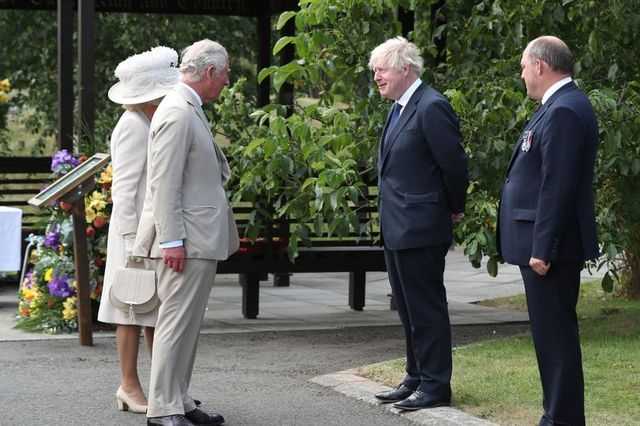 During a visit in 2019, Charles invited the PM to visit him at his home after visiting Her Majesty.

According to the Mail, the PM's 'shambolic' demeanour during the meeting led to 'eyebrows being raised' by Prince Charles's loyal staff.

One source said: "Let’s just say that the Prime Minister was not focused on the meeting with the Prince of Wales in a way one might expect. "The Prince of Wales is used to meeting all sorts of people but among the aides, there was a feeling definitely that during the Birkhall meeting with Boris Johnson, he wasn’t being afforded the respect you might argue that he deserves as a senior public figure who works very hard for the country. The Prince wasn’t kicking up a fuss about it. It was more the staff who felt sorry on his behalf.

"The next time they met, it was sort of quashed. Things have got better, but they have never been what you might call the best of friends"

Boris Johnson and the Queen 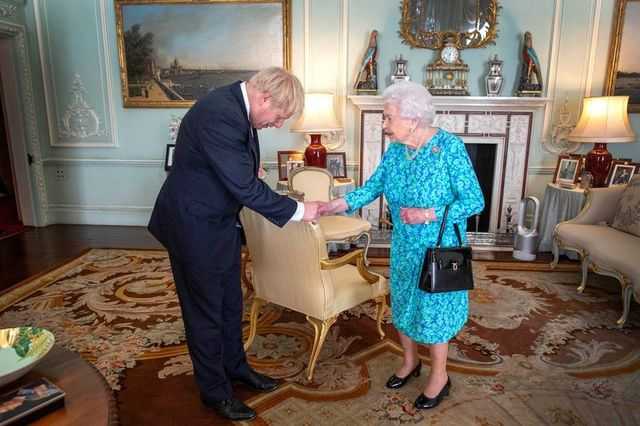 Despite the Queen never expressing an opinion on politics or the Prime Ministers who have been in power during her reign, Mr Johnson may have had several awkward encounters with the monarch.

Not least earlier this year, when he was forced to apologise to Her Majesty after it emerged staff parties had been taking place in Downing Street the night before her beloved husband Prince Philip's funeral last April.

At that time, Covid restrictions banned mixing indoors with anybody, not in your household or support bubble, which severely impacted Philip's funeral.

The service was limited to just 30 guests and heart-wrenching pictures on the day showed the grieving Queen, following the rules and sitting alone in St George's Chapel due to social distancing rules at the time. 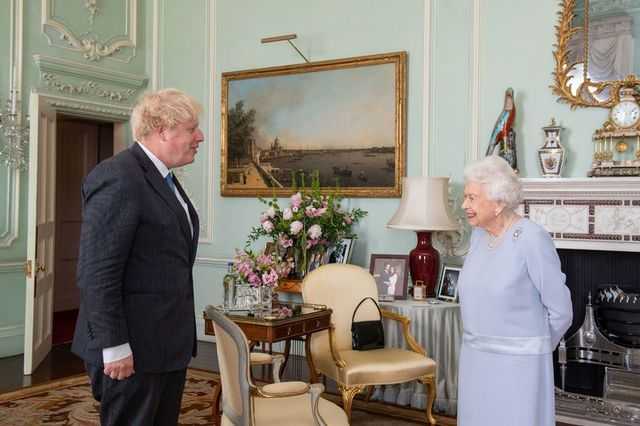 Meanwhile, another potentially uncomfortable chat could have been last year, when the PM's former chief aide Dominic Cummings claimed Mr Johnson wanted to visit the Queen in person early in the coronavirus pandemic despite Downing Street staff already falling ill with Covid-19.

The former chief aide in No 10 told the BBC he had to convince the Prime Minister out of visiting her by warning about the potentially grave consequences.

Mr Cummings, who has been engaged in a war of words with Mr Johnson since leaving No 10 in November 2020, alleged the PM wanted to visit her on March 18, 2020. 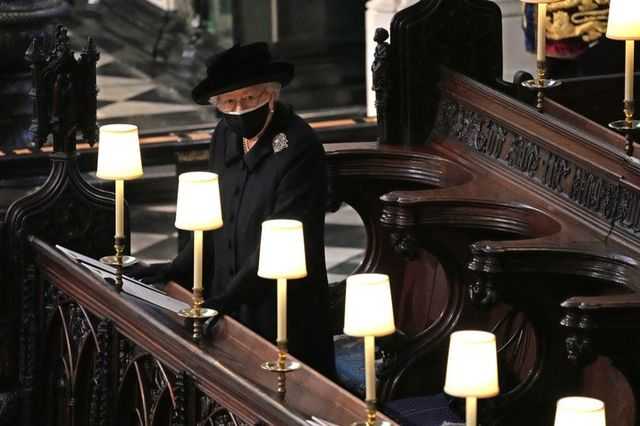 "I said, what are you doing? And he said, I'm going to see the Queen and I said, what on earth are you talking about, of course, you can't go and see the Queen," Mr Cummings said in an interview.

"He said, ah, that's what I do every Wednesday, sod this, I'm gonna go and see her.

"I just said if you go, if you give her coronavirus and she dies what, what are you gonna, you can't do that, you can't risk that, that's completely insane."

Like his grandmother, Prince William also tends to keep out of politics and his feelings toward Mr Johnson are not known.

However, it emerged earlier this week that Mr Johnson tried to get his wife Carrie a plum job with William's Earthshot Prize as a communications director.

The Mirror reported that insiders suggest he wanted Cabinet Secretary Simon Case, who had previously been Prince William’s private secretary, to “take soundings”.

But the PM’s closest advisers were said to have vetoed the suggestion, warning the position could undermine his wife’s status as a private citizen.

No10 said: “The PM has never recommended Mrs Johnson for a government role or one as part of the Earthshot Prize.” But it did not deny the claim that he discussed the matter with Downing Street aides.