A police officer and four suspected Maoists were killed in a gunfight in Chhattisgarh’s Rajnandgaon district on Friday night, IANS reported. The police recovered four rifles, including one AK-47.

The incident took place around 10.30 pm when the police team was carrying out an anti-insurgency operation near Pardhoni village, according to the Hindustan Times. Rajnandgaon’s Superintendent of Police Jitendra Shukla told the newspaper that they had received information about the Maoists and a team was formed to trace them. “When we were cordoning off Pardhoni, the Maoists started firing,” said Shukla. “In retaliation, we also started firing. Our sub-inspector SK [Shyam Kishore] Sharma lost his life in Maoist firing.”

Sharma was a resident of Surguja district and was in charge of the Madanwada police station. Chhattisgarh Chief Minister Bhupesh Baghel offered condolences to the family of the police officer.

The superintendent of police said the Maoists were identified as Ashok, the divisional committee member, and Krishna, the area committee member of Communist Party of India (Maoist). “Two other woman cadres, Sarita and Pramila, were junior cadres and working as party members,” he added. 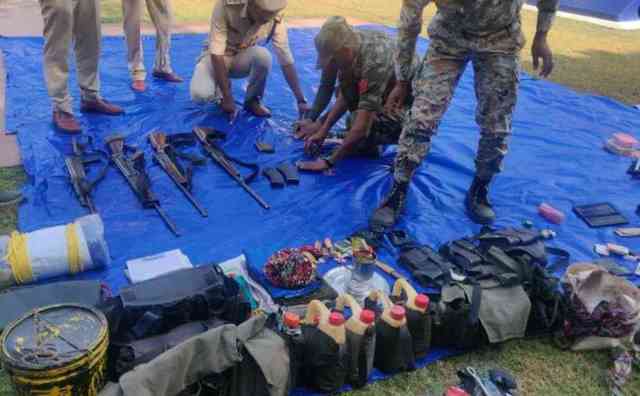 Rajnandgaon is part of a newly-formed zone of Maoists, according to the Hindustan Times. They have also built a new Red Corridor on the tri-junction of three states of...