India on Wednesday recorded a sharp spike in the number of coronavirus infections with over 7,000 new COVID-19 cases. 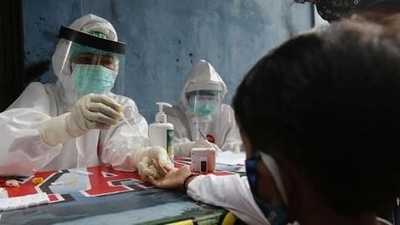 According to data compiled from official state and union territory government statistics, India has reported 1,53,886 cases and 4,533 deaths (including co-morbid fatalities).


Maharashtra also saw the highest jump in single-day fatalities with 105 deaths on Wednesday.

Kerala's tally crossed 1,000, reaching 1,003. The state has reported six deaths thus far (excluding the death of a Mahe native who died in Kannur).

Haryana reported one more death from Faridabad. The state's death toll has risen to 18, while the number of infections stood at 1,381.


Manipur recorded three more cases, taking its tally to 44. Among the three cases, one person had arrived in Imphal from Bishnupur via an AirAsia flight on May 25.

Nagaland recorded five new cases, taking its tally to nine. All five persons are returnees from Chennai—4 from Dimapur and 1 from Kohima.