With this development, India has surpassed Turkey (1.61 lakh cases) to become the ninth worst-hit country in the world. 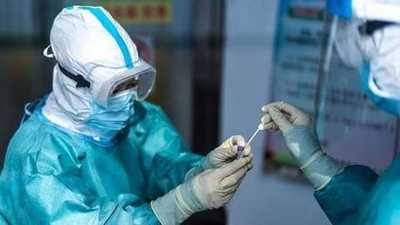 According to data compiled from official state and union territory government statistics, India has reported 1,61,052 cases and 4,710 deaths (including co-morbid fatalities).


Delhi and Tamil Nadu both recorded their biggest spikes for the second consecutive day with 1,024 and 827 new COVID-19 cases respectively.


Bihar's death toll rose to 16 after the sample of a migrant worker—who died in Bhojpur district three days ago—tested positive. The 26-year-old male migrant had returned from Mumbai, on May 25. Bihar has reported 3,185 cases thus far.

Jammu and Kashmir's tally rose to 2,036. J&K also reported one new death, a 55-year-old man from Baramulla district, taking its death toll to 27.

Nagaland also reported nine new cases, taking its total tally to 18. All those who tested positive on Thursday had returned from Chennai.

Meghalaya reported one new case, a person from who had returned to Tura from Haryana. The state has reported one death so far.