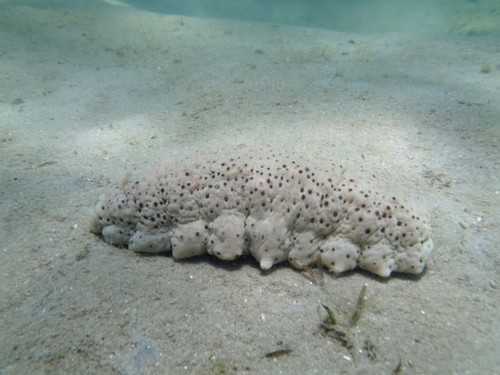 Colombo [Sri Lanka], January 25 (ANI): Chinese joint venture company Gui Lan (Pvt) Ltd, which exports sea urchins and sea cucumbers is destroying the Sri Lankan fishing community, reported Colombo Gazette.
About 3,200 small-scale fishing families have been seriously affected by the creation of sea leech farms in Kowtharimunai in Pooneryin by the Chinese company, losing their livelihoods during an ongoing economic crisis in the country.
According to the chief of the Pasaiyoor Fishermen Federation P Mathan, the establishment of this new nursery has led to acres of sea lands being fenced off for sea cucumber harvesting, shutting out the traditional fishermen who harvest prawns for a living.
Notably, Gui Lan joint venture has failed to secure a permit from the National Aquaculture Development Authority of Sri Lanka (NAQDA) for its new nursery, reported Colombo Gazette.

A group of fishermen has also started a hunger strike near the Kiranchi fishing harbour because the roads leading to their boats for fishing activities have been blocked due to the setting up of sea leech cultivation boxes.
Out of the 17,000 fishing families living in the Northern Province, less than 1000 have been selected to work in these farms, leaving the remaining 16,000 Dhiwara families at risk of losing their livelihood and falling into the streets. This has led to continuous protests demanding the closure of the illegal sea leech farms in Punagari, Kirawan and Ilavankuda areas, reported Colombo Gazette.
The effect of these farms on marine diversity and ecology has been grave. The lights aimed at the sea urchin production farms across the lagoon are switched on in the evening which affects the movement of fish and prawns towards the shore.
These organisms live near the coast or move towards the sea depending on the salinity of the waters. Chinese companies like Gui Lan have constructed several sea cucumber farms with electric fences along the seashore, restricting the movement of other aquatic species towards the coast during monsoon season, reported Colombo Gazette.
This malevolent practice could pose a severe threat to the long-term sustainability of the region. Sea cucumbers help detoxify contaminants in the soil and other environments and help in nutrient cycling and redistribution of sediments. Moreover, they help other species such as corals to live, making them ideal for bioremediation.
Considered a delicacy in China, sea cucumbers are often served during banquets and dinners. In addition, sea cucumbers are used in traditional Chinese medicine (TCM) to cure impotence, joint pain etc., enhance sports performance and are known to have anti-fatigue effects.
All these factors have made sea cucumbers one of the most expensive seafood items that already has a huge market available for business. The demand for sea cucumber has been on the rise, leading to the construction of massive farms along the Lankan coastline, reported Colombo Gazette.
As per online resources, the approximate price range for Sri Lankan sea cucumber is between USD 30.39 and USD 54.69 per kilogram or between USD 13.78 and USD 24.81 per pound (lb) in 2022.
This highly-priced delicacy is helping Sri Lanka bring in the much-needed foreign currency to combat the ongoing economic crisis in the country, reported Colombo Gazette.
While the Sri Lankan government is busy counting the money, the local fishermen communities suffer.
If the Sri Lankan government wants to tackle the problem and work to improve the living condition of the fishing community, then it can be achieved only through the right technology and clean investments from local entrepreneurs. Handing over the coastline to Chinese domination will only bring disaster to humans as well as the environment, reported Colombo Gazette. (ANI)