Lake Conservationist demands disposing of silt from Gowdanapalya in Bengaluru "Bengaluru Rejuvenation of the lake in Bengaluru is underway by BBMP (Bruhat Bengaluru Mahanagara Palike)...BBMP should involve the state pollution board and ensure safety," Raghavendra B Pachhapur, a Lake conservationist told ANI.
He said that if the silt is not disposed of on time, it will settle pollutants on the lake during the monsoon season.

"If the silt is not disposed off on time, it'll settle pollutants on the lake bed when the monsoon arrives. The water quality of Bengaluru lakes is a matter of concern. I've brought this to BBMP's notice... they've not cleared it as of now," he added. 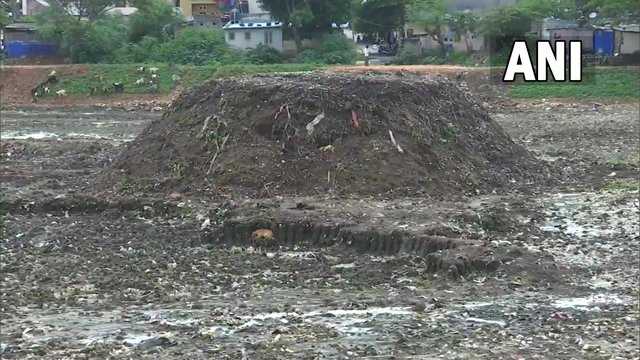 A civic body official stated that they will order an investigation into this matter and visit the concerned lake.
"We'll order an investigation into this matter. Our officials shall visit the concerned lake and rectify if there are any technical issues," BBMP Special Commissioner V Ramprasad Manohar said. (ANI)