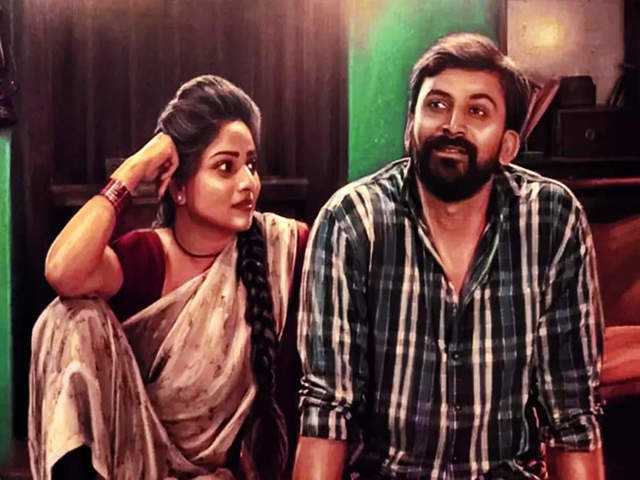 Monsoon Raaga movie review: Love is in the air

Monsoon Raga is a combination of four love stories. Each one has its own problems and challenges such as caste, creed, religious and financial issues. Director Ravindranath deserves appreciation for successfully making all the actors, including veteran actress Suhasini Mani Rathnam, follow the script. Some of the scenes, especially the rain scenes and those in lush green scenarios provide much needed relief for the audiences. However, it seems pointless to have included so many scenes revolving around crushes of school-going children.

The movie begins with Raju (Achyuth Kumar), a bachelor who works as a Group D employee at a government office, waking up from bed and preparing to go to office.

Here, the director introduces a scene at the school where a boy has a crush on his classmate Suchithra. The director introduces Joseph, a goon who falls in love with Raga Sudha (Yasha Shivakumar), a Brahmin girl. A little later, Katte (Dhananjay), who works at a wine store, enters the scene. He falls in love with Asma (Rachitha Ram), a sex worker, without knowing her background. Finally, Raju, the attender, falls in love with Hasini (Suhasini Mani Rathnam), his officer. Hasini is a widow and has a 20-year-old daughter. You will have to watch the movie to find out what happens to all these people and who the hero of this movie is.

Dhananjay and Rachita Ram vie with each other for the top performance spot. It would have been better if the director had focused more on their characters instead of making it just one of the four stories. Rachita deserves a pat on the back for accepting such a bold character as a sex worker. Yasha has acted well and Suhasini and Achyuth are good support.

It may not be an exaggeration to say that cinematographer SK Rao and music director Anoop Seelin are the real heroes of this movie. Rao has done a commendable job and Seelin’s music, especially the background score is excellent.

It is a remake of Telugu movie C/o Kancharapalem. So watch it if you have not seen its Telugu version.