Vaani Kapoor, who made her big debut with 2013's Shuddh Desi Romance, is all set for her new theatrical release Bell Bottom, also featuring Akshay Kumar. The film hit the big screens on August 19, 2021 a few days shy of her 33rd birthday.

Vaani is making quite the fashion statement with her promotional looks. In one of the looks, she is seen dressed in a beautiful tangerine gown. She wears this pleated, ruched chiffon dress with a plunging neck and a side ruch up the thigh. Vaani kept her styling simple with orange stilettos with a PVC strap. Her makeup was shimmer simple with glossy lips, smokey eyes, mascara lashes and her hair in a low pony tail with a front fringe. 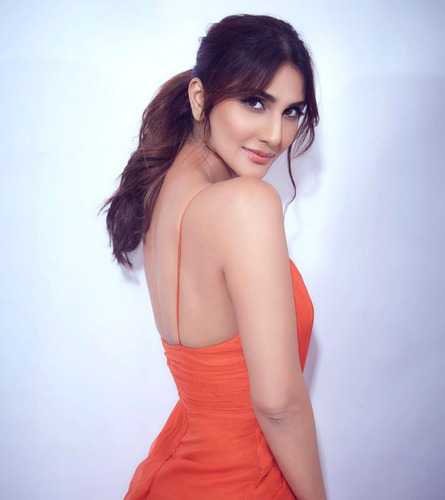 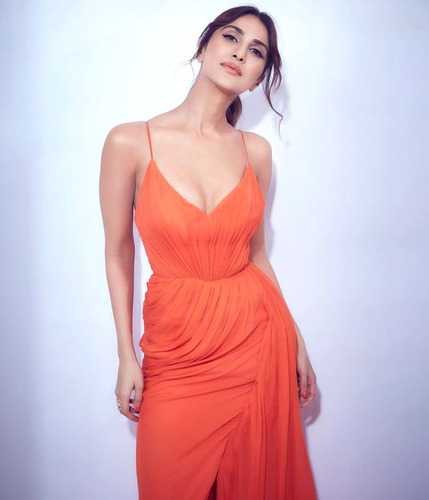 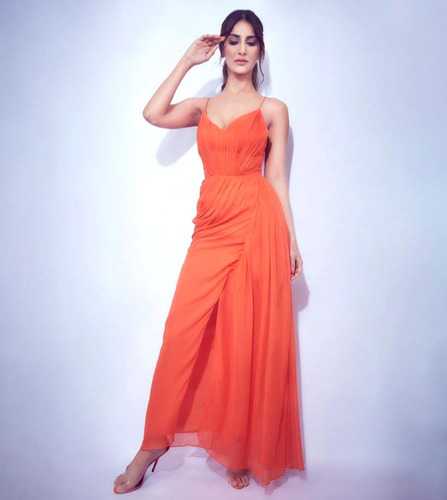 Apart from Akshay and Vaani, the film also stars Huma Qureshi and Lara Duttamm in pivotal roles. The film became the first major Bollywood film to resume shooting amid the novel coronavirus pandemic. The film is based on the story of an undercover agent code-named Bellbottom (Akshay) who embarks on a secret mission to free 210 hostages held by hijackers in the early 1980s. Lara essays the role of former Prime Minister Indira Gandhi.