Arjun Kapoor is on a roll professionally and personally. On the work front, Arjun has an interesting mix of films this year that will see him straddle many genres. He will be seen in Mohit Suri’s much anticipated Ek Villain Returns, Aasman Bhardwaj’s Kuttey, and Ajay Bahl’s The Ladykiller.

On the personal front, Arjun has recently caught everyone’s attention with his incredible transformation! He has lost a lot of weight and is looking in the best of shape now. Arjun had revealed that he has been battling obesity since his childhood and it’s been a constant struggle for him to keep his eyes on the prize. His dedication and honesty about his fitness journey have won him unanimous praise from all quarters for normalizing body positivity in India.

The actor, who has been working non-stop on back-to-back film projects without taking any break, will celebrate his birthday in Paris with his girlfriend Malaika Arora. A source close to the actor reveals, “Arjun hasn’t had any time off recently. He has shot for his films back to back and his fitness journey too hasn’t allowed him any elbow room to let his hair down. Arjun will get into heavy promotions for Ek Villain Returns but before that he wants to spend a quiet birthday. He has flown to Paris with Malaika and the two will spend a week together in the most romantic city in the world.” 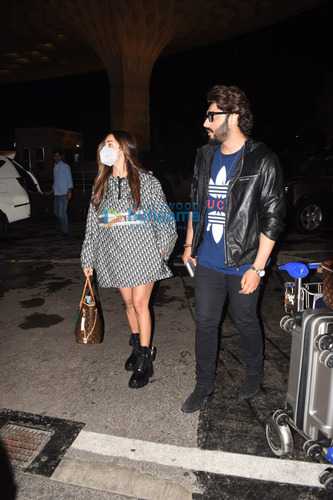 The source adds, “Arjun knows that he won’t be able to take a break for many months because between his new film shoots, brand commitments, to other endorsement opportunities, he won’t get any breather. There are several new exciting films that have also come his way and he will choose some really cool projects soon. So, he is currently in one of the most exciting phases of his career and he is relishing it. He just wanted to go away from the prying eyes and relax and refocus on the task at hand when he comes back to town.”