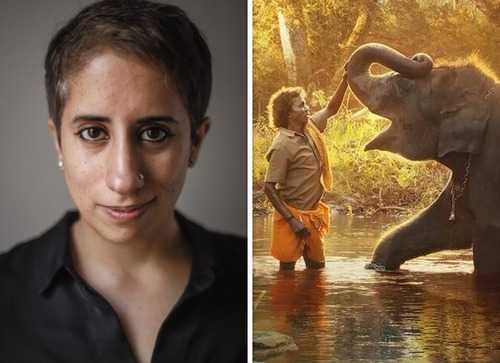 25th January, 2023 09:35 IST
Netflix’s The Elephant Whisperers bags the nomination for the 95th Oscars, Documentary Short Film. This documentary marks the directorial debut of Kartiki Gonsalves. The documentary is produced by Guneet Monga and Achin Jain under the banner of Sikhya Entertainment. The documentary was screened at the United States of America’s largest and most prestigious documentary festival - DOC NYC 2022 Film Festival on November, 10th 2022. The DOC NYC celebrates and supports the cultural shift of how documentary storytelling is flourishing like never before. Producer Guneet Monga on The Elephant Whisperer getting nominated, “I feel so honoured to see The Elephant Whisperers reach the global stage with the 95th Oscar nominations as a producer and a filmmaker from India. It’s incredible to see how far our short documentary from the quaint town of Ooty has come. It is truly a testimony of the wonders that support from incredible platforms like Netflix can do. This is your soul and your story Kartiki Gonsalves, thank you for choosing us! We are over the moon that this year there are three nominations from India across categories at the Academy Awards and are being loved and watched around the world. My relentless team at Sikhya Entertainment, Achin Jain and incredible India which is full of colours and wonderful stories- this is for you.” Director Kartiki Gonsalves on The Elephant Whisperer getting nominated, “It’s such an honour to have an Indian Indigenous documentary from the heart of South India acknowledged across the world. Thank you, members, of the Academy for nominating The Elephant Whisperers. I am very thankful to the wonderful team at Netflix for believing in the power of this truly unique family story which showcases the lovely sacred bond between man and animal. The Elephant Whisperers is a hopeful story of respect for and cooperation with nature in an era rife with conflict and denial of the threats to our beautiful planet.’ We hope this film helps create more awareness, empathy, and connection to elephants and other living beings that we share our spaces with. It took five years to make my debut documentary The Elephant Whisperers, a long personal journey from the place I call home, that wouldn’t have been possible without the support of the Kattunayakan Community, who opened their hearts and trusted us with their unique experiences and a pathway ahead. On behalf of Bomman, Bellie and our beautiful elephant friends Raghu and Ammu, we are thrilled to receive this great honour!” This is Sikhya Entertainment’s second run at the Oscars, and Guneet's third (Period. End of Sentence won the Documentary Short category in 2019 and Guneet Monga’s Kavi was nominated in 2010). The Elephant Whisperers is a heartwarming story of an indigenous couple who have been given an orphaned elephant, Raghu to look after. The story follows the couple's journey as they relentlessly work to ensure Raghu’s recovery and survival. The short documentary beautifully stitches the tale of how the couple falls in love with the majestic creature along the course of time. Set against the background of life in the wild spaces of South India The Elephant Whisperers highlights the beauty of exotic wildlife, unforgettable wild spaces, and the people and animals who share this space. It is available on Netflix. ALSO READ: Guneet Monga writes an EMOTIONAL letter ahead of her wedding, “I have found my Raj!”