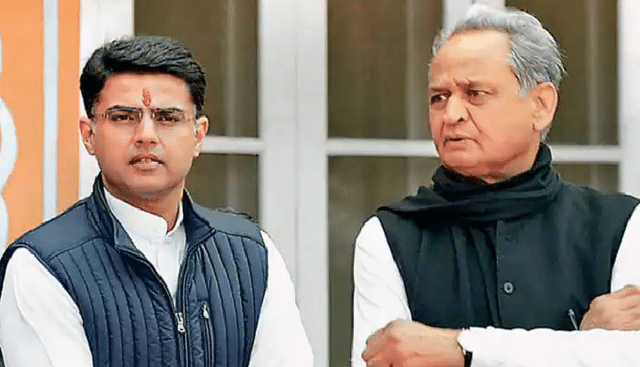 Rajasthan Chief Minister Ashok Gehlot on November 24 called Congress leader Sachin Pilot a ‘traitor’, saying that he tried to topple his government and cannot replace him.

Pilot, who recently joined Rahul Gandhi and Priyanka Gandhi Vadra in Bharat Jodo Yatra in Madhya Pradesh, did not react to the Rajasthan CM’s remarks.

CM Gehlot also claimed that Union Home Minister Amit Shah was involved in Pilot's rebellion against his own party, claiming that he has proof that each rebel MLA, including Pilot, was paid Rs 10 crore.

Ashok Gehlot added that the grand old party can replace him with any of its 102 (loyal) MLAs in Rajasthan except Sachin Pilot.

“The MLAs will never accept someone who has revolted and has been dubbed as a gaddar. How can he become the chief minister? How can the MLAs accept such a person as the chief minister? I have proof that Rs 10 crore each were distributed to the MLAs holed up in a Gurugram resort for toppling the Congress government in Rajasthan,” CM Gehlot told mediapersons.

The assembly polls in Rajasthan are slated for next year.