A National Disaster Response Force (NDRF) team on Saturday carried out a search and rescue operation in the four-story building that was gutted in a massive fire yesterday near the Mundka metro station in New Delhi.

A massive fire had broken out on Friday evening that left 27 people dead and 12 injured in the tragic incident.

However, the blaze was brought under control, informed the fire officials. 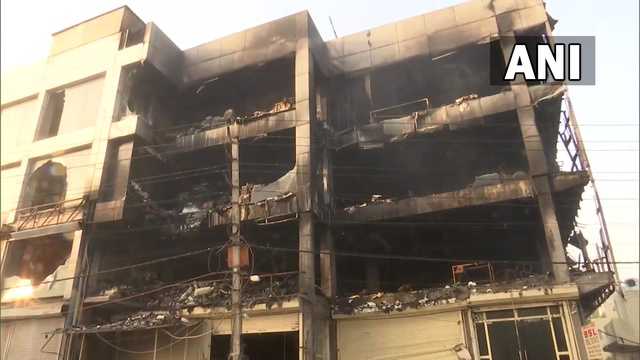 A total of 50 people were rescued so far, according to the Deputy Commissioner of Police (Outer District) Sameer Sharma.

"A total of 27 people have died and 12 got injured in the fire incident," said DCP Sharma.