The ‘Dragon Blood Tree’ is a unique tree found in the Socotra archipelago, which is a part of Yemen. This strange-looking tree is also known as ‘Socotra Dragon Tree’ (Dracaena cinnabari). 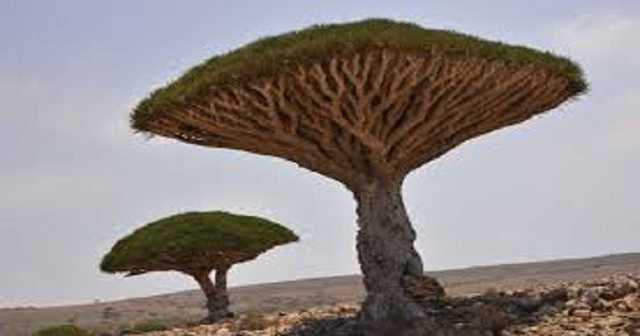 The Dragon blood trees are found in the rugged mountainous terrain of Socotra. These unique trees have an “upturned, densely packed crown, shaped like an uprightly held umbrella.” The tree got its unusual shape adapting to the arid conditions and low amounts of soil on the island.

This evergreen tree is called the ‘Dragon Blood Tree’ as the sap it produces is red like blood. This dark red resin is known as dragon’s blood. It is called “emzoloh” by the islanders. 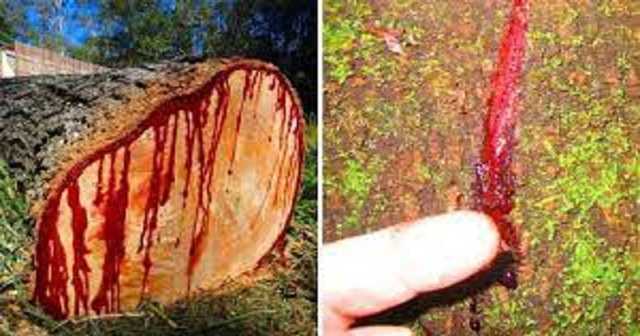 The red sap of the tree is considered to have medicinal values and so the islanders don’t cut and use the trees as firewood. The sap is also used for making cosmetics.

Watch the video posted on YouTube by National Geographic

The tree can grow up to 30 feet in height and live for 600 years. The canopy of branches and leaves of this unique tree provides shade and reduces evaporation. The shade it provides helps in the survival of seedlings growing beneath an adult tree. The trees take nearly half a century to reproduce.

Dragon blood tree forests are being reduced at an alarming rate. The islanders and scientists worry that the trees will die out within decades if adequate steps are not taken to save these trees. 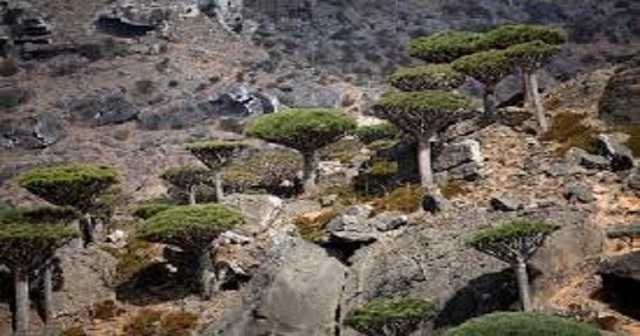 Global warming is changing the weather pattern in the area. Frequent storms and cyclones have battered and uprooted the trees. Overgrazing by goats is another reason that threatens these unique trees. The goats eat seedlings and so young saplings are now found only in inaccessible places.

UNESCO has named Socorta archipelago a World Heritage Site in 2008. The Socorta’s distinct flora and fauna make it a unique and biodiversity-rich place in the world. Socorta is called the “Galapagos of the Indian Ocean.”