Women from this town bring drinking water from a crematorium, Know why?

Since the 1940s, Bayana town in Bharatpur district, Rajasthan, has suffered from a severe water shortage. The women have been bringing drinking water from a crematorium, around 1 km away, for the last forty years. One might wonder why. The excessive amount of fluoride in the water in the area renders it unfit for drinking. This water cannot be drunk, so it is used only for washing.

There have been complaints about this, but no action has been taken by the local authorities. Approximately 600 families live in Mahadev Gali, Bamapura, Kachhipada and Gangapada areas of Bayana town. Since the mid-1990s, this problem has grown significantly. Children and women in these localities have been struggling to get drinking water since the beginning of the day. 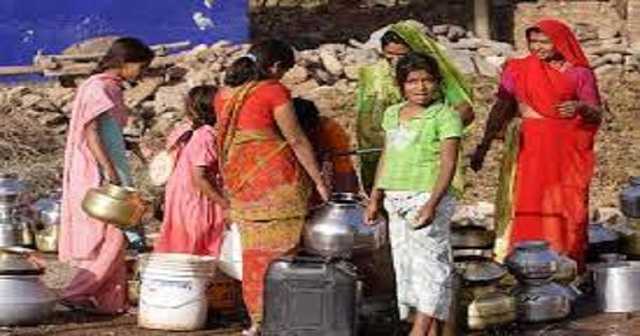 Water is currently provided from borewells in these areas, which are primarily populated by working-class people. Locals say the water bursts if put on the boil with milk because it contains so much fluoride. In addition, people get sick after drinking the water.

About 30 years ago, the Gambhir river passed through Bayana. The river supplied water to the whole town of Bayana. After borewells were installed, fresh water became unavailable. It is alleged that the authorities continue to supply water from borewells despite being notified of complaints.