Public transport remains the primary mode of transport for most Indian citizens, and it is among the most heavily used in the world. Most state governments operate bus services through a State Road Transport Corporation.

Here is the list top 10 Government Transport Corporations in India : Uttar Pradesh State Road Transport Corporation (UPSRTC) is a public sector passenger road transport corporation based in Uttar Pradesh. It operates both  intrastate and interstate bus service.  The Headquarter of the corporation is at Lucknow, Uttar Pradesh; India. It is one of the largest CNG-powered bus service operator in the world.  The Delhi Transport Corporation was incorporated in May 1948 by the Indian government for local bus services when they found out the incumbent service provider Gwalior and Northern India Transport Company Ltd. was inadequate in serving the purpose. HRTC provides bus services to towns and cities within Himachal Pradesh and  nearby states of Uttrakhand, Punjab, Haryana,Uttar pradesh, Delhi and Jammu and Kashmir. HRTC is one of the first RTC’s in India to offer a facility for online booking of tickets for all types of buses. TSRTC was formed in 2014 by splitting the Andhra Pradesh State Road Transport Corporation. Many Indian  towns in Andhra Pradesh, Tamil Nadu, Karnataka, Maharashtra, Goa, Odisha and Chhattisgarh are also linked with the services of TSRTC. It serves about 89.4 lakh passengers every day, having three zones and Services operating through 96 depots. 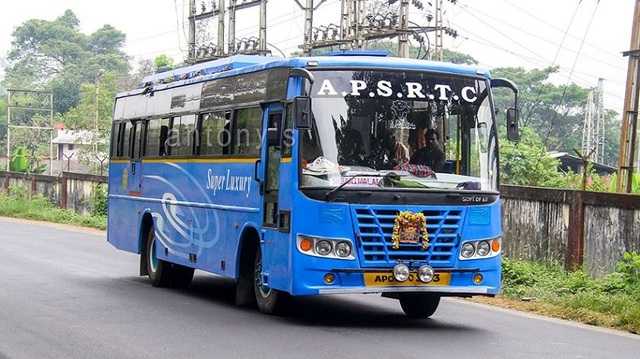 APSRTC  headquarters are located at NTR Administrative Block of RTC House in Pandit Nehru bus station of Vijayawada. Earlier, it was a part of Nizam State Rail and Road Transport Department. 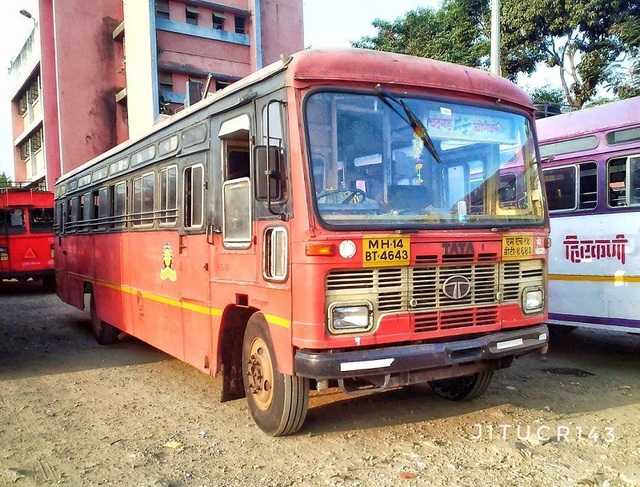 The Maharashtra State Road Transport Corporation abbreviated as (MSRTC, or simply ST), has  18000+ buses which ferry 7 million passengers daily. It serves routes to towns and cities within Maharashtra and adjoining states. Apart from locations within the state of Maharashtra, the MSRTC service also covers destinations in neighboring states . It operates Town and Mofussil buses with a combined fleet buses along with its subsidiaries MTC and SETC. TNSTC caters to all the districts within Tamil Nadu and also operates services to neighboring states of Andhra Pradesh, Karnataka, Kerala and union territory of Puduchery. Kerala State Road Transport Corporation (KSRTC)  is one of the oldest state run public bus transport services in India. The corporation is divided into three separate independent zones: South Zone, Central Zone and North Zone, with headquarters at capital city of Kerala Thiruvananthapuram. The corporation has a fleet of buses consisting Volvo, Scania, Ashok Leyland, Tata Motors, Eicher Motors and minibuses.The vehicles owned by KSRTC is registered under a dedicated RTO at Thiruvananthapuram with a registration series KL-15.