'Voyager' the first-ever space hotel may cost Rs. 36 crore for a three-and-a-half-day trip

Voyager, the ‘out of the world’ project which is set to be opened by 2027 will charge Rs. 36 crore for a three-and-a -half-day trip. It was reported that the ambitious hotel will become the first-ever space hotel with a capacity to accommodate around 400 people.

“A rotating space station designed to produce varying levels of artificial gravity by increasing or decreasing the rate of rotation,” the Voyager Class space station is described on the official website.The space hotel, besides regular rooms, will have cinemas, restaurants, bars, concert venues, libraries, gymnasiums and even Earth-viewing lounges. The Voyager space hotel will be constructed by Orbital Assembly Corporation (OAC). The company said that the construction will begin in 2025. 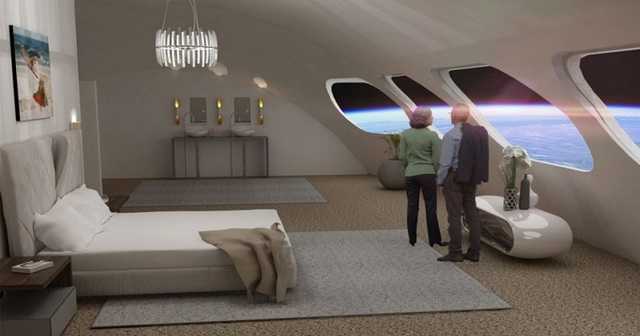 “It’s going to happen fast when it starts. And we believe it’s going to happen a lot, too, even before we finish the first one. We have buyers for other stations because they’re very, very lucrative,” said John Blincow, chief executive of Orbital Assembly. He also added that it is going to be a historic moment.

Blincow added that there is chance that the COVID-19 pandemic may procrastinate the construction start date from its original 2025 plan. However he hopes that it won’t take more than a year or two to assemble the Voyager Station.