10 extraordinarily beautiful birds you might not have seen before

Birds have fascinated humans since time immemorial. The sweet notes they sing at the morning will make ones day-if we spare a little time to listen to them. The bright and colorful plumage shows the variety of delightful surprises nature holds for us. Almost 9000 to 10,000 bird species are identified by ornithologists and scientists to date on our planet.

The best way to identify them is physical appearance and once you start looking closer, it becomes obvious that birds come in many shapes and colors-SOme of them are drop-dead gorgeous. From those with incredible eyelashes to the ones that look like cuddly cotton balls scroll below to find 15 extraordinarily beautiful birds in the world. 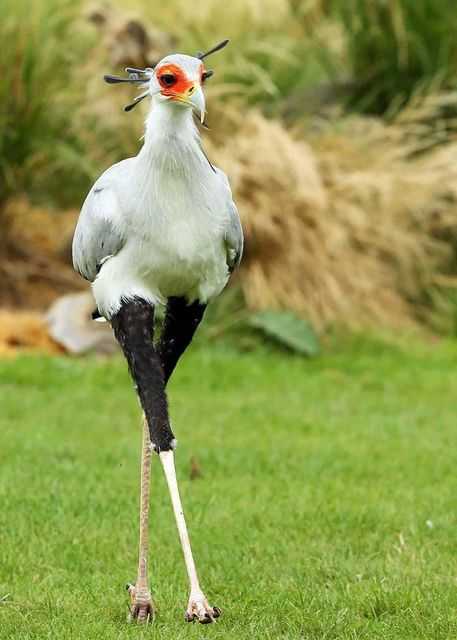 Secretary Birds are large birds of prey and feed mostly on reptiles including snakes. These birds are good runners and the first thing we notice are their long legs. Usually, they prefer land, but that doesn’t mean they can’t fly. Secretaries are good flyers too, and when they fly-they fly long and high. The Secretary bird is found in Africa. 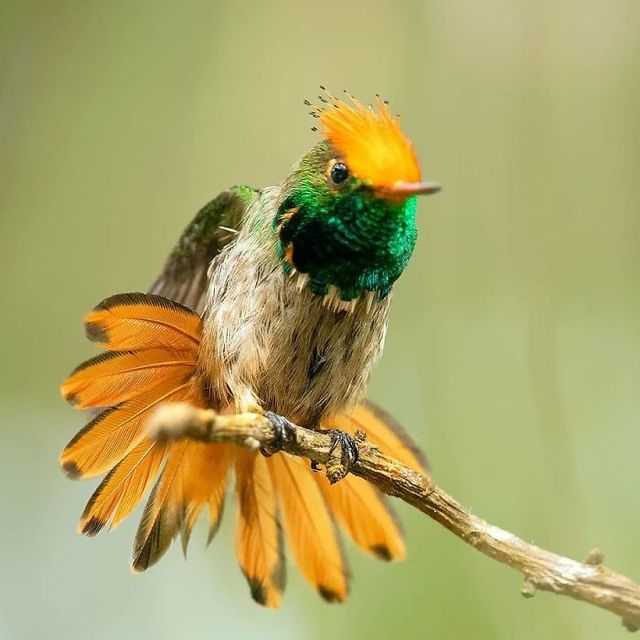 Rufous-Crested Coquette’s are a variety of hummingbirds, and the males are strikingly fabulous with a spiky orange crest and each feather tipped with a shade of black. These little show stoppers are found in Ecuador, Columbia, Bolivia, Panama, and Peru. 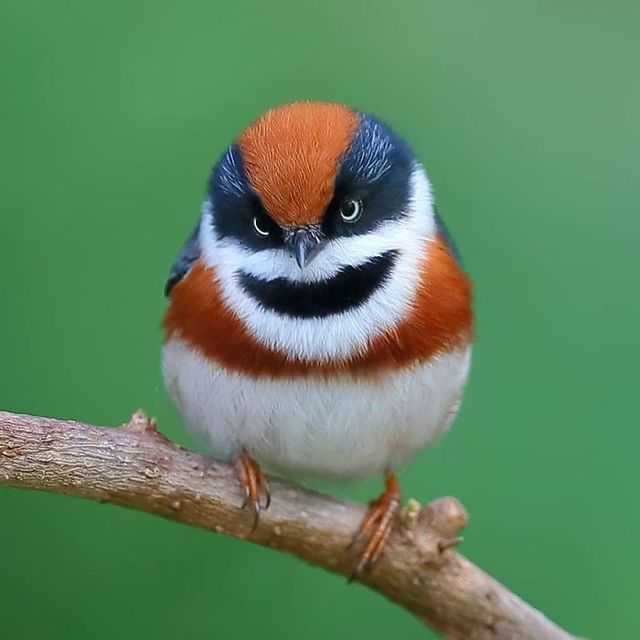 The black-throated Bushtit is a very small passerine bird in the family Aegithalidae. The black-throated bushtit is highly social and will travel in large flocks of up to 40 birds. So when you see them, they will mostly be celebrating a party with singing and dancing on tree twigs. The bold color pattern of the Bushtit varies considerably with their habitat region. They are found in the Northern-Eastern stretch of India, The Himalayas, Bangladesh, Nepal, and Bhutan.

Passerines are birds that, like the House Sparrow, have three toes forward, one backward, e.g. when sitting on a perch, which comprise almost half of the known birds. These birds are great singers. 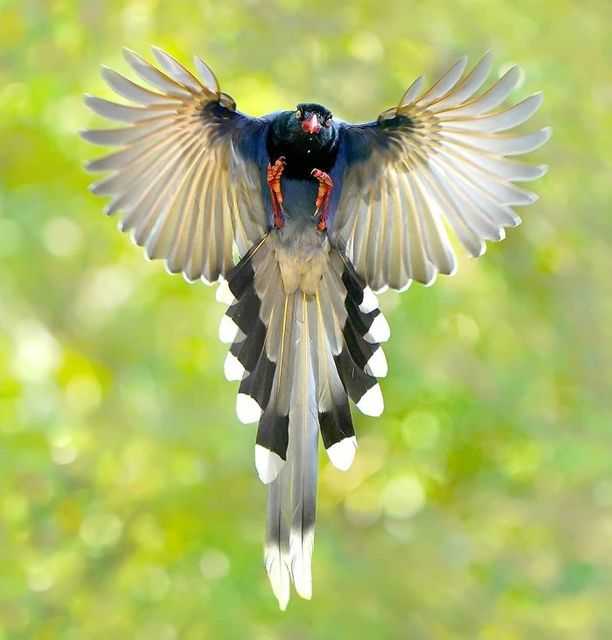 The beauty of Taiwan Blue Magpie is especially evident when it takes a flight and spreads its long tail. Taiwan Magpie is a large, long-tailed bird with rich blue plumage, blackhead, coral-red bill and feet, and yellow eye. Inhabits lower foothills to lower montane forests and edges (to 1200 m), occasionally venturing into forested parks. These birds frequently give out a sharp ‘Kack’ sound. Found mostly in Taiwan, so also known as Formosan Blue Magpie. This extraordinary and iconic toucan is found in the Andean cloud forest in northwestern Ecuador, just barely reaching southwestern Colombia. The plumage is colorful, with blue underparts, coppery back, black crown and nape, red under tail coverts, and yellow crescent below eye. The distinctive feature of Plate-billed mountain toucan is the Yellow patch in its bill. 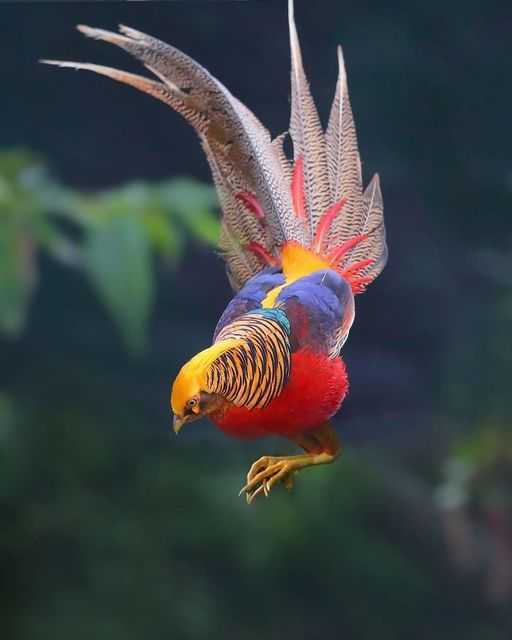 The golden pheasant, also known as the Chinese pheasant, and rainbow pheasant, is a gamebird of the order Galliformes and the family Phasianidae. These stunningly beautiful game birds are extremely rare to find because of their shy nature. It swiftly leaves the scene when disturbed. These birds are native to China but are locally patronized in Britain and other European nations.

Males have a golden-yellow crest with a hint of red at the tip. The male also has a scarlet breast, and scarlet and light chestnut flanks and underparts. Lower legs and feet are a dull yellow. The female is much less showy, with a duller mottled brown plumage similar to that of the female common pheasant.

7 Cock of the Rock 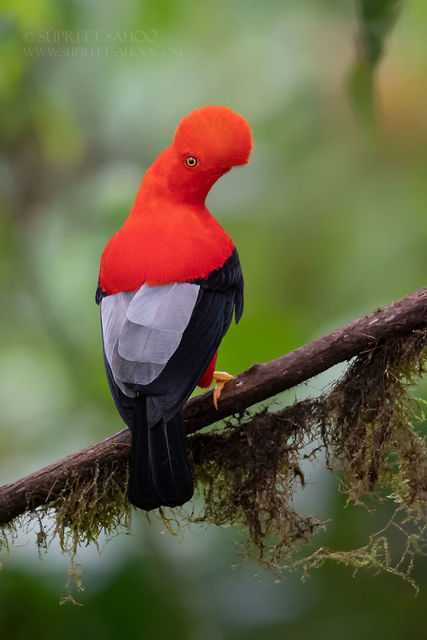 Cock of the Rock is a passerine bird from South America, and are thus good singers too. These are birds are found in tropical rainforests, near its preferred habitat of rocky outcrops. The female’s plumage is brownish/dark smokey grey in color, and generally less noticeable colored than the males because of their nesting work in rocky areas. The male’s feathers are bright orange. Both have a heavy body, broad-based bill, and wear a remarkable half-moon crest on the head. 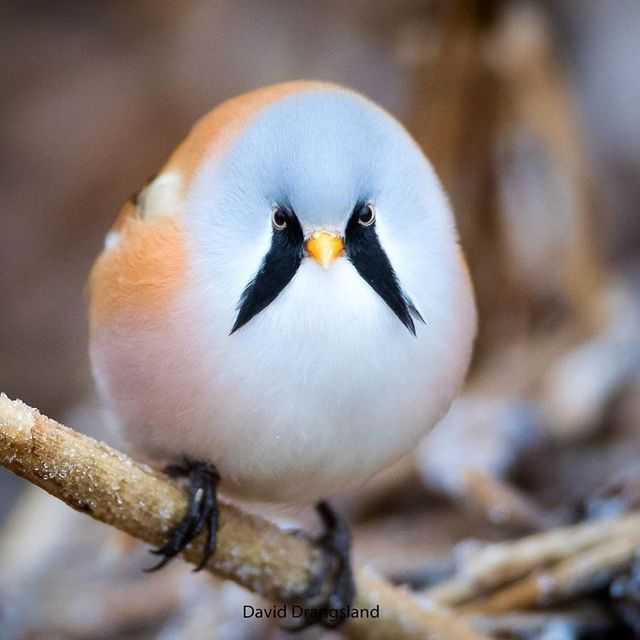 The bearded reedling is a small, sexually dimorphic reed-bed passerine bird. The bearded Reedling has a bright cinnamon-brown plumage, long tail, and yellowish bill; male has a blue-gray head and broad black mustaches, feature which gives them its name. This bird has a lovely voice and colorful plumage. Londoners call this bird Bohemian Waxwing. The Tihi is their Finnish name. These chubby, smooth-plumaged birds have white and yellow markings on wings and a loose crest. Body and back gray-brown with a lighter underbelly. Face and under tail coverts are a rich rufous color. They are often seen perched to fruiting trees- and of course, crabapple is their favorite fruit. 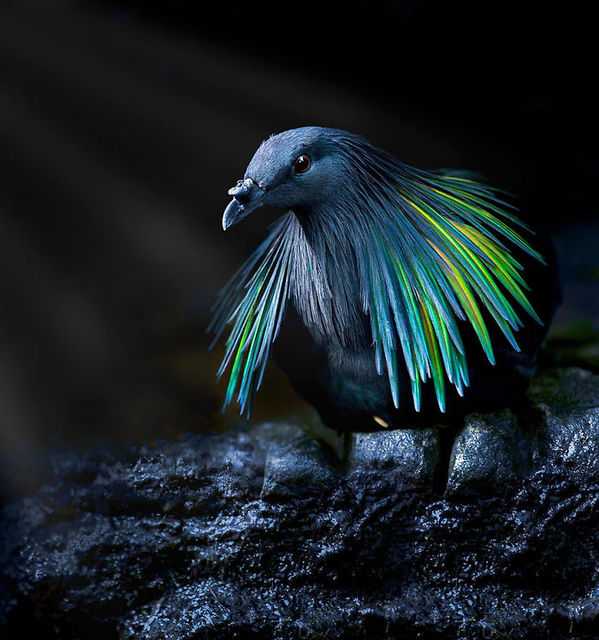 The Nicobar pigeon is one of the closest living relatives to the dodo, a bird that is now extinct. Nicobar Pigeon is found on small islands and in coastal regions from the Andaman and Nicobar Islands, India, east through the Malay Archipelago, to the Solomons and Palau. This ground-dwelling pigeon is extremely rare to spot as it is very shy and quiet.

The bird’s plumes are extravagantly long and flow down the neck like the drapes of an emperor. They are dark green intermixed with gray, blue, and bronzy orange, depending on the light. The tail is snow-white, but only readily visible when the bird is flushed.