France is sending another Statue of Liberty to America

France is sending a smaller Statue of Liberty to America, one hundred and thirty-five years after gifting the first Statue of Liberty that stands on Liberty Island. The bronze statue nicknamed “little sister” is one-sixteenth the size of the original statue.

“Little sister” is 9 feet tall and weighs over 450 kilograms (992 pounds). It was made in 2009 based on the original 1878 plaster model made by the sculptor Frédéric-Auguste Bartholdi. This small statue was displayed at the entrance of the Musée des Arts et Métiers, the National Museum of Arts and Crafts (CNAM), Paris. 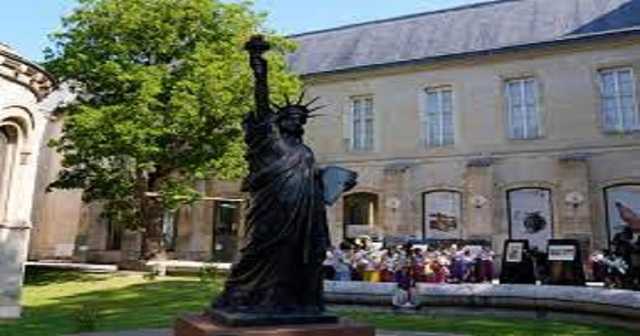 The statue will be exhibited on Ellis Island facing the original Statue of Liberty, from July 1 to July 5. Then it will be moved to Washington, D.C., and installed at the French ambassador’s residence. It will be displayed from July 14, France’s Bastille Day, the national day of France. It will remain at the French ambassador’s residence for 10 years until 2031. 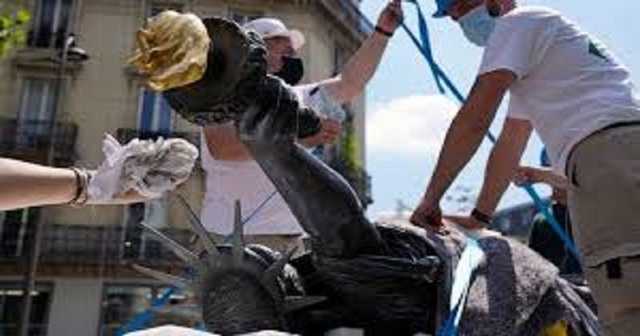 The small statue was lifted and loaded into a special plexiglass container on Monday for its journey to the US. Its journey starts on 20th June from Le Havre port in Normandy and will reach New York Harbor after a nine-day voyage.

The original Statue of Liberty which stands on Liberty Island is 151 feet tall. The copper statue stands on top of a 154 feet high pedestal and weighs 225 tons.  The island where it stands was originally called Bedloe’s Island. It was changed to Liberty Island in 1956. The sculptor, Frédéric-Auguste Bartholdi chose this island to erect the huge statue as it has good visibility when ships enter New York harbour.  The statue was constructed in France in the 1870s and was displayed in Paris for three years from 1881 to 1884. It was disassembled and brought to New York in 1885 and was dedicated to the Nation on October 28, 1886, by President Grover Cleveland.