The last male member of the giant softshell turtle died on Thursday leaving only three females alive on the planet.Also known as the Red river softshell turtle is the largest living freshwater turtle in the world.

The turtle was enlisted in the critically endangered genre and with the death of the only single male, the species is now functionally extinct with the remaining three females to die in our lifetime with no offsprings marking the end of a species. The turtle had a very constrict ecosystem-based mainly in China’s Yangtze River and the wilderness of Vietnam. The largest one which was found in Vietnam weighed up 220 to 247.5 kg and it’s head measured over 20 cm.Generally, males of the species are smaller than females. 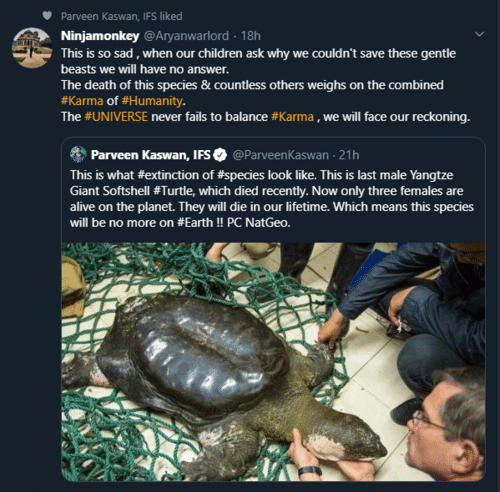