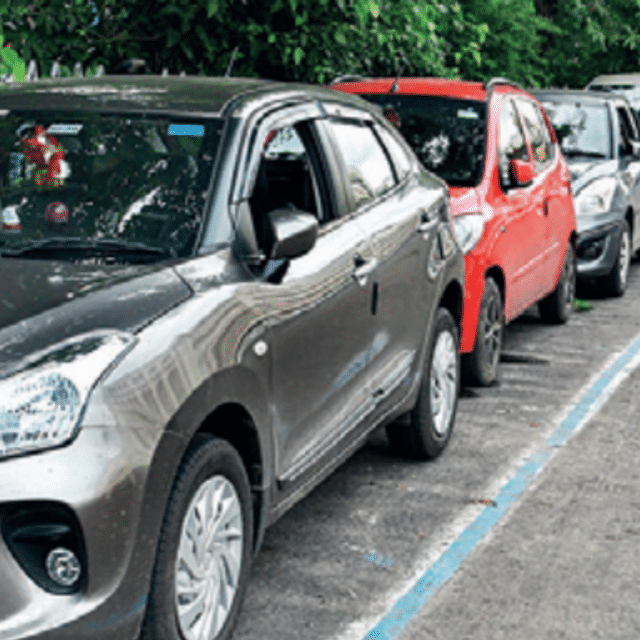 Kolkata: App payment at some parking lots from December 15

24th November, 2022 12:15 IST
Come December 15, the attendants at some of the city’s major parking lots will receive payments through e-wallets only. In a bid to bring transparency, the Kolkata Municipal Corporation (KMC) car parking department is gearing up to introduce app-based payment.

According to plans, KMC will introduce app-based payments in two phases. In the first phase, the facility will be available in major parking lots, including Jawaharlal Nehru Road, Lindsay Street, Bentinck Street, BBD Bag, Strand Road, Park Street, Gariahat, Rashbehari Avenue, and some others. After the first phase ends on January 15, KMC will implement the new payment mode across the city.

“From December 15, we won’t receive any cash from car owners at several major parking lots. The idea is to prevent a section of parking attendants from demanding extra in lieu of ensuring space during rush hours. This modernization was overdue. It will go a long way to ensure a tout-free, hassle-free parking system in our city,” said the member, mayor-in-council, overseeing the KMC car parking department. According to a civic official, KMC had to train parking attendants in transactions of digital money.

According to an official, parking attendants have been asked to accept all kinds of app-based payments. “In the first phase, we have asked some agencies that operate car parking lots in the heart of the city to keep at least 100 tools for receiving payments from e-wallets. The numbers will automatically increase once we implement the new system all over the city,” the official said.

The decision to introduce cashless payment at city’s major parking lots was taken in the wake of complaints that had been pouring into the civic headquarters accusing some parking attendants of resorting to extortion by taking advantage of a proposed hike in parking fee. The proposed fee structure was recently passed by an MiC meeting.

“We are set to introduce the cashless system before the year-end festivities begin so that revellers are spared the burden of paying extra or getting harassed by a section of parking attendants. We are keeping our parking fee hike on hold before we introduce the new cashless system. We will wait till the system starts functioning efficiently across the city. Once it does, we will implement the fee hike,” said a KMC official.

The civic official said the Kolkata Police traffic wing was collaborating with the civic body’s car parking department in introducing the cashless payment system at the parking lots.