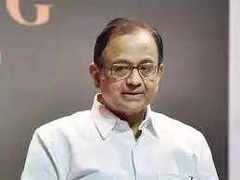 Former Union finance minister and senior advocate P Chidambaram on Thursday told the Supreme Court that the proposal to demonetise ₹500 and ₹1,000 currency notes emanated from the Centre and not the Reserve Bank of India.

Contending that the decision-making process that led to demonetisation was "deeply flawed", Chidambaram alleged that the Centre proposed the move, and the RBI "merely and meekly" adopted the proposal. "There was no deliberation, no application of mind." The entire "decision making" process was "pushed through" in 24 hours. He alleged the Centre withheld from the Supreme Court four crucial documents on 2016 demonetisation decision. The documents were the November 7 letter from the Centre to the RBI; the agenda note placed before the central board of RBI; the minutes of RBI central board meeting and its recommendations and the actual Cabinet decision on November 8. Chidambaram said despite six years, the aforementioned documents have not been put in the public domain.

He said that the Centre has not disclosed who attended the crucial November 8 meeting of the RBI's central board. Chidambaram contended that at the time of demonetisation the RBI board did not even have the minimum number of directors as prescribed under the RBI Act.

A five-member Constitution bench comprising justices Abdul S Nazeer, BR Gavai, AS Bopanna, V Ramasubramanian and BV Nagarathna had on October 12 directed the Centre and RBI to file comprehensive affidavits. Defending the move, the Centre in its affidavit last week had told SC that demonetisation was a well-considered decision and part of a drive to eradicate black money.