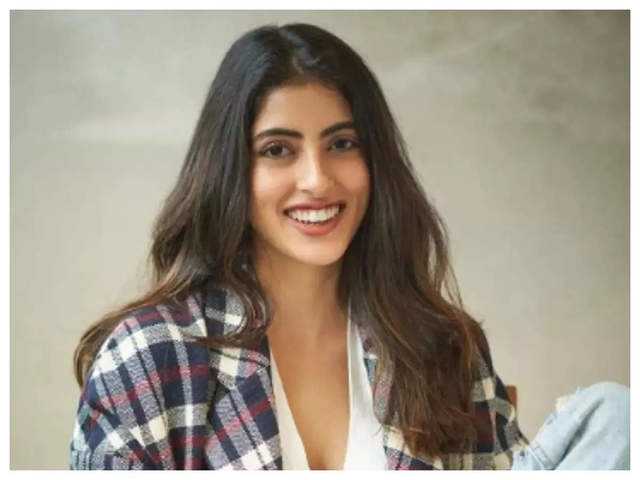 Navya Naveli Nanda, the granddaughter of renowned actor Amitabh Bachchan, won several awards for her podcast "What The Hell Navya" at the India Audio Summit & Awards, which was held at Chillin Kitchen & Bar in Andheri West.

Navya wore a cropped formal shirt and pants for the occasion. She kept her hair loose and added black sneakers to complete her outfit. In the boomerang video, she bounced her awards up and down while smiling.


Navya shared a video with Kavita Rajwade, the co-founder of IVM Podcasts. The two smiled as they displayed their awards. Sharing the photos, she thanked everyone for their love and support.

Her post has attracted congratulatory messages from her best friends Suhana Khan and Ananya Pandey, her mother Shweta Bachchan, and her uncle Abhishek Bachchan. Her admirers also showered their love in the comment section.

Shweta Bachchan Nanda uploaded a photo of her daughter Navya holding an award on Instagram and expressed her appreciation for her. Navya's podcast, "What The Hell Navya," features her mother Shweta and grandmother Jaya Bachchan. On the podcast, they were open and honest about the problems that women face in society. Podcast can be watched on Navya's YouTube channel. IVM Podcasts produced the show with support from Bumble India.