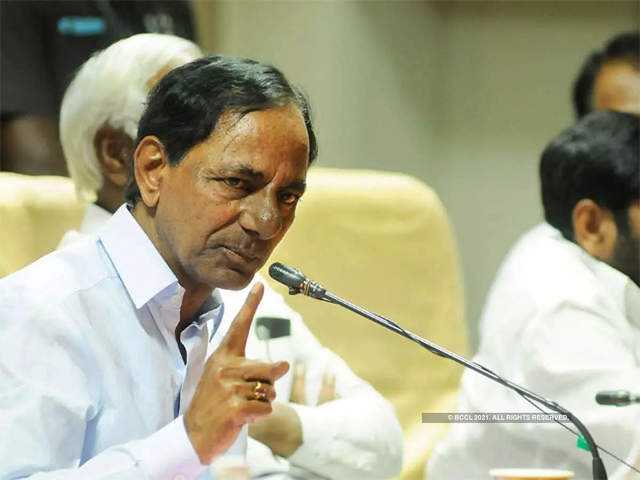 A resolution to this effect was passed at the party's general body meeting in Hyderabad at the recommended ‘auspicious time’ of 1.19 pm in the midst of party leaders, functionaries as well as some allies such as former Karnataka chief minister HD Kumaraswamy of JD(S) and DMK ally VCK MP Thol Thirumavalavan.

Rao read out the resolution to launch BRS and announced that the party's general body had unanimously resolved to change its name.

“The TRS was formed in 2001 to give justice to people of Telangana as an extension of the movement for the state. Now it is time to show a qualitative difference in national politics,” one of the speakers at the event said.

Party insiders said the first public meeting of the new party will be held in New Delhi on December 9, commemorating the date of announcement of the formation of Telangana in 2009. Many opposition leaders are expected to attend it, they said.

A party MP told ET necessary amendments have been made to the party constitution, and that a party delegation will meet the Election Commission so that it can use the new name in the coming elections.

Party insiders said the name change is already conveyed to the poll panel through a letter.

As of now, TRS has a presence only in Telangana.

Rao has said many times that he is ready to take on BJP and challenge Prime Minister Narendra Modi in 2024, and has been promoting the party's welfare schemes in Telangana like Rythu Bandhu and 24-hour power to agriculture as “model schemes” for other states. He has been meeting opposition leaders and attacking BJP for its policies.

In the build-up to his party’s relaunch, Rao had met opposition chief ministers Nitish Kumar in Bihar, MK Stalin in Tamil Nadu, and Pinarayi Vijayan in Kerala besides former Uttar Pradesh chief minister Akhilesh Yadav among others. Rao has also reached out to farmers' bodies, trade unions and civil society groups for an alliance that would reflect the aspirations of different sections of the society.

An opposition leader told ET that there will have to be flexibility in the confederation-like platform for the opposition and a decision on Congress can only be taken later. “But there are differences with regard to this approach even among opposition leaders,” the leader added.

Soon after the announcement of the launch of BRS, AIMIM chief Asaduddin Owaisi congratulated Rao. Owaisi, a TRS ally, was not present at the launch.