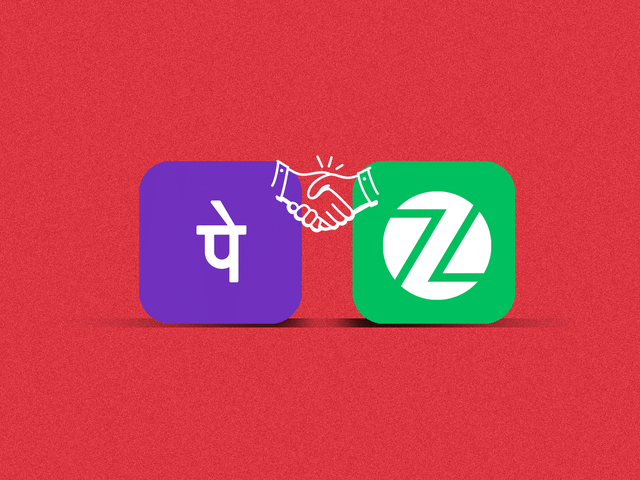 When ZestMoney raised $50 million from Prosus-owned PayU and Australian fintech Zip Co in September 2021, the buy-now-pay-later (BNPL) segment was booming thanks to a pandemic-induced spike in online shopping.

More than a year later the sector is in turmoil, with Zip Co’s market cap down 93% since February 2021. Now, sources have told us Walmart-owned PhonePe is on the verge of acquiring ZestMoney in what is a distress sale. More details in a packed edition of ETtech Morning Dispatch.

PhonePe, majority owned by Walmart, is close to acquiring buy-now-pay-later (BNPL) platform ZestMoney amid a global reset in the sector owing to interest rate hikes and a squeeze in consumer spending, two sources told us.

If the transaction goes through, it will be the biggest consolidation in the new-age lending sector, which has of late faced major regulatory roadblocks in India. In September, the Reserve Bank of India introduced a set of rules for online lenders.

No funds: ZestMoney has been looking for a buyer for a few months, having struggled to raise fresh funds as tech investors have turned overly skittish, especially on fintech startups, these people said. “The talks are fairly serious and likely to close in a few weeks,” said another source.


Distress sale: We could not ascertain the size of the deal but multiple people aware of the development said it would likely be a “distress sale”, at a valuation much lower than the $400 million ZestMoney commanded when it raised funds last year. The company's cash runway has shortened as it burnt around $5 million per month. The big blow for ZestMoney came as Australia's Zip Co, which was supposed to lead its $100 million last year, has itself been hit by the downturn.

BNPL meltdown: The company, founded in 2015 by Lizzie Chapman, Priya Sharma and Ashish Anantharaman, last raised $50 million from Prosus-owned PayU and Australian fintech Zip Co in September 2021, amid a boom in BNPL sector fuelled by a big uptick in online shopping.

But the potential sale comes amid a rout for BNPL stocks worldwide. Zip Co’s market capitalisation has nosedived 93% since February 2021, hit by higher interest rates. Other BNPL biggies such as Sweden’s Klarna, and PayPal cofounder Max Levchin’s Affirm have struggled to hold on to their valuations.
Aditya Birla Fashion close to acquiring Bewakoof in D2C foray

Aditya Birla Fashion & Retail (ABFRL) is in the final stages of acquiring a controlling stake in apparel and accessories brand Bewakoof for about Rs 100 crore, marking its entry into direct-to-consumer (D2C) sales.

State of play: “Both companies have signed a non-disclosure agreement and have also finished due diligence. The team at Bewakoof is also moving to join Aditya Birla’s new firm,” said a senior executive, who did not wish to be identified.

Founded in 2012, Bewakoof is one of the first D2C brands in the country, with annual revenues of about Rs 250 crore. In total, it has raised Rs 160 crore in funding from investors including InvestCorp, IvyCap Ventures and Spring Marketing Capital.

D2C foray: In June, ABFRL set up its D2C entity, called TMRW, and said it would acquire and incubate 30 brands in the next three years. The new firm, which is acquiring Bewakoof, is a part of ABFRL's strategy to build a portfolio of new-age, digital brands across fashion, beauty and lifestyle.

During its earnings call last quarter, ABFRL said it would make eight to 10 investments in early-stage, digital-first brands by the end of the financial year and that its initial focus would be on fashion.

More to come? Dhianu Das, cofounder of Agility Ventures, said, “We are surely going to see a lot more such deals happening in the near future. This also helps early-stage investors get exit opportunities at a time when larger funding rounds look a tad challenging.”


Koo’s valuation may double: Meanwhile, homegrown social media platform Koo has kicked off a fundraising exercise, looking to pick up about $15-20 million in a round that would double its valuation to $250-$300 million, sources briefed on the matter said.

The Bengaluru-based company, which is pitching itself as an alternative to the US-based microblogging site, is expected to double its valuation to $250-$300 million after the funding round. Sources said the company, which recently expanded to Brazil, is looking to close a smaller round to secure capital it needs in the short run for India and overseas expansion as it may not fetch the desired valuation in a bigger round right now.
A MESSAGE FROM APPSFLYER AppsFlyer’s ‘MAMA India - The Digital Bharat 2.0’

Economic Times Digital is partnering with AppsFlyer to bring you ‘MAMA India - The Digital Bharat 2.0’, an invite-only event that will bring together mobile app product leaders, mobile marketing influencers, startup founders, marquee investors and policy makers to foster definitive conversation that will educate and empower businesses to tap into the growth opportunities available in the increasingly mobile-first, app-centric Indian market.

Amazon India has told labour ministry officials it has not sacked any employees and has only let go of those who opted for its separation programme voluntarily by accepting a severance package.

Amazon’s representatives appeared before the deputy chief labour commissioner in Bengaluru on Wednesday and denied the allegations, according to people briefed on the matter. No one, however, represented the union at Wednesday’s hearing. The authorities have decided to make a decision after hearing the union’s views.

Amazon to shut edtech business: Meanwhile, Amazon said it would shut down its edtech business Amazon Academy in phases, starting August 2023. The company launched the business during the pandemic, offering courses in math and science for students preparing for the engineering entrance examination.


Founders should never leave the ship until the mission is accomplished, it’s at the bottom of the ocean, or they’re dragged out forcefully.

Space tech startup Pixxel is lining up six fully funded satellites for launch in the next few quarters, its founder said.

Saturday demo: Pixxel will launch its third demo satellite on Saturday, as high-resolution images from its micro-satellites are finding takers across a range of sectors from agri-tech, climate care to oil and gas.

“We are building six fully funded commercial satellites. These are much larger [compared to the demo satellites], with much longer lifetime, and from which we will be able to do daily coverage almost every two days,” founder and chief executive Awais Ahmed told us.
Other Top Stories By Our Reporters

Swiggy trails Zomato despite bigger discounts: India’s food-delivery race saw Gurugram-based Zomato gaining market share over its Bengaluru-based rival Swiggy in January-June 2022 even though Swiggy has been offering bigger discounts, according to a research note published by Jefferies on Thursday.

CoinDCX publishes proof-of-reserves report: Indian crypto exchange CoinDCX has published its proof of reserves report in partnership with crypto portfolio tracking platform Nansen. At the time of publishing on Thursday, CoinDCX had nearly $130 million in assets, as per Nansen. Crypto exchanges and trading platforms around the world have been publishing their proof of reserves since the collapse of FTX, one of the largest cryptocurrency exchanges in the world.
Global Picks We Are Reading
■ Twitter exodus hits teams tasked with regulatory, content issues globally (WSJ)
■ FTX’s Bahamas crypto empire: Stimulants, subterfuge and a spectacular collapse (The Washington Post)
■ The Hibernator’s Guide to the Galaxy ( Wired)