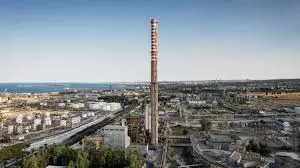 Oil market has lately been roiled by West, Russia will decide what happens next, says report

The West has taken its most stringent measure to put Russian President Vladimir Putin under financial pressure as the Russia-Ukraine war entered its 10th month. Europe has now banned the imports of most Russian crude oil. Although the oil embargo was agreed upon in May, it came into effect in the European Union (EU) on December 5, according to a CNN report.

The oil embargo was accompanied by a new price cap policy set up by G7 countries. The policy allows countries like India and China to continue buying Russian crude oil but at a price that is no more than $60 per barrel.


Russia has already stated that it would not cooperate with the price cap policy and might cut down its production, which can derail global energy markets.

With the oil embargo in place, the EU now prohibits imports of Russian crude oil by sea. Notably, more than 50 per cent of the Russian crude oil was exported to Europe 12 months ago. Europe also received about one-third of its oil imports from Moscow in 2021. The EU, in 2021, imported $24.3 billion of refined oil products and $50.7 billion of crude oil from Russia. And two-thirds of these imports arrived via sea routes. Imports of Russian refined oil products via sea will be banned in February 2023.

However, the oil embargo will not affect the imports via pipeline.