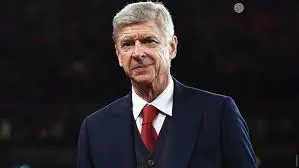 The group stage of the 2022 World Cup featured great drama as all four teams played simultaneously, but with the final tournament expanding from 32 to 48 teams, FIFA must devise a new method.

It's been nearly six years since the FIFA council agreed to expand the size of the World Cup in January 2017 and adopted a structure that would divide the 48 countries into 16 groups of three teams, with the top two advancing to a round of 32.


However, this would imply that the two teams in the final group match may achieve a specified outcome to send both teams through at the expense of the team not participating, which has prompted a reassessment. FIFA has even proposed adding a penalty shootout at the end of every group-stage game. However, even that would not prevent the sides from playing out a particular score line that suited both.

Wenger told a press conference for the FIFA technical study committee on Sunday that three solutions were being considered. In addition to the three-team option, another idea is to have 12 groups of four teams, with the best third-placed teams progressing alongside the top two. A third option is to divide the World Cup into two halves of 24 teams, each with six groups of four. In the final, the winners of each half would face off.