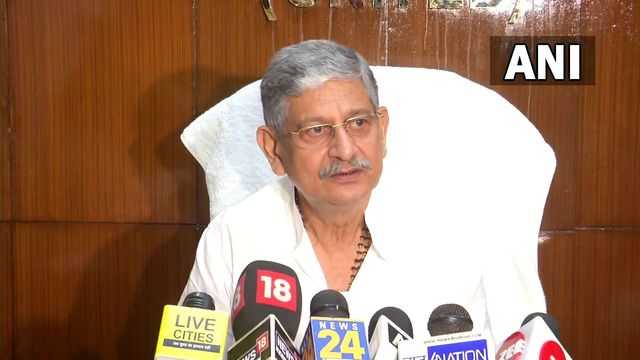 Nitish Kumar only wants to be facilitator in uniting opposition parties: JDU chief amid backlash from BJP

While the BJP has been constantly slamming Nitish Kumar post alliance break up in Bihar, JDU Chief Rajiv Ranjan (Lalan) Singh on Friday clarified that Kumar is not Prime Ministerial candidate for 2024 elections.

Defending Nitish Kumar, Ranjan Singh also said that Bihar chief minister wants to be the facilitator in uniting the opposition parties, and with the unity of the Opposition, India can be free from BJP.

Further he said that Nitish Kumar is not afraid of either CBI or ED but the way BJP is misusing CBI is a matter of concern for the whole country.

"You're ending the trustworthiness of established and trustworthy institutions and using them for political purposes," the JDU chief alleged.

Delhi | Nitish Kumar is not PM candidate, he only wants to be the facilitator in uniting the opposition parties, and with the unity of the Opposition, India can be free from BJP: JDU Chief Rajiv Ranjan (Lalan) Singh pic.twitter.com/GOC4orKvhr

At a rally held in this north Bihar town, Shah asserted that the "jodi" of Kumar and RJD president Lalu Prasad will be "wiped out" ('soopda saaf') in the 2024 Lok Sabha polls and, a year later, the BJP will win a majority on its own in the state assembly elections.

Widely regarded as the BJP's principal strategist, Shah arrived in Bihar on his first trip since the party was robbed of power in the upheaval last month.

"The number of seats won by Kumar's party in 2020 assembly polls was nearly half of our tally. BJP showed magnanimity ('badappan') in backing him as the CM in keeping with its earlier promise. But, with the Lok Sabha polls nearing, his prime ministerial ambitions got the better of him and he backstabbed us," alleged Shah.

The JD(U) has been indirectly blaming the BJP for the fall in its tally in the last assembly polls when the Lok Janshakti Party, then headed by Chirag Paswan, fielded many saffron party rebels against candidates of the chief minister's party.

Shah mocked the seven-party ruling 'Mahagathbandhan', which also includes three Left parties, for raising apprehensions that the BJP leader's two-day trip of Seemanchal region could lead to communal polarisation in the area, which has a high concentration of Muslims.