Gadgets Now
14th May, 2022 09:43 IST
OnePlus has evolved its premium experience over the years through multiple devices starting from its initial days. The Chinese smartphone brand has recently released some of its flagship smartphones under the OnePlus 10 series which is meant to compete with the latest iPhones and Galaxy handsets. Earlier the company released the OnePlus 10 Pro and recently it launched the OnePlus 10R. The brand has also added another affordable smartphone to the Nord series -- the OnePlus Nord CE 2 Lite and even debuted the first Nord-series earbuds in the country at the same event. The OnePlus Nord Buds are the cheapest TWS earbuds offered by the company that went on May 10 at an introductory price of Rs 2,799. These earbuds are available in two colour variants -- Black Slate and White Marble and buyers can purchase them on the open sale hosted on OnePlus' official website. We received the Black Slate variant of the latest OnePlus Nord Buds and have been using it for more than a week. Here's what we think about OnePlus' cheapest TWS earbuds.

Consumers will get multiple other items in the box along with the TWS earbuds and the charging case on buying the OnePlus Nord Buds. The box we received contained -- the user guide, three silicone ear tips, safety and warranty documents and a USB Type-C charging cable

The OnePlus Nord Buds have a simple design and offered a premium feel while holding them in our hands. The charging case has a rectangular design that has curved edges and can be easily carried around in our pockets due to its lightweight. However, the shiny surface of the charging case is prone to scratches so it is advisable not to keep them in a pocket that already has keys, coins or even smartphones. The charging case is also equipped with a magnetic lid that works quite smoothly. The case supports a Type-C charging port and comes with a set up button in the rear. The dedicated setup button turns out to be very handy for users having to connect to multiple devices. The case also has an LED light indicator in the front that changes between red, green and white to indicate charging or pairing. 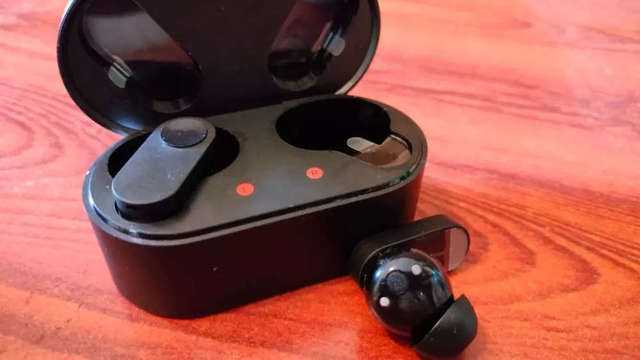 We think that the size of the earbuds is very apt and is smaller than the OnePlus Buds Z. Each bud weighs less than 5 grams and feels comfortable when you put them on. The OnePlus Nord Buds can be used while walking, running and working out without the fear of them coming out of your ears during physical activities. The box also includes three silicone ear tips which come in different sizes. Users can try all of them to decide on the one that fits the best for them.

The OnePlus Nord Buds connects seamlessly with any Android device and can be done conventionally like any Bluetooth accessory. However, these earbuds also use the OnePlus Fast Pair feature only while connecting to another OnePlus device. These TWS earbuds seemed to have any connection lag and were ready for usage in a blink. Users who own an Android smartphone which is not from OnePlus can also use the fast pair feature by downloading the OnePlus melody app. This app is not available for iOS, so iPhone users need to be careful before buying these earbuds. It is also important to note that the app does not help users to tweak the Nord Bud's performance and can be paired in the traditional way using Bluetooth. 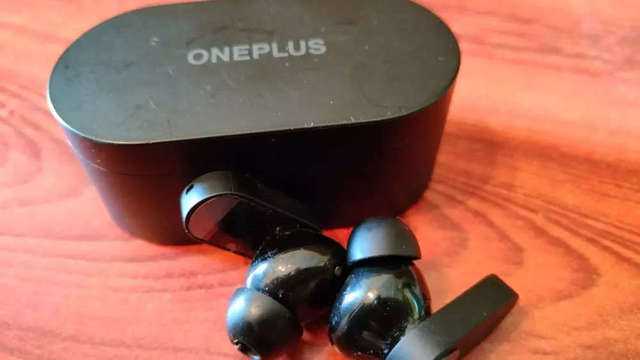 However, the OnePlus Nord Buds have missed out on an important feature -- multi-device pairing. This feature is important as users who are working remotely often need to switch between their phones and laptops. Fortunately, these earbuds support the individual pairing function where users can connect a single bud while keeping the other one inside the case.

Each earbud features touch-sensitive controls which were very responsive and also made a minor sound confirming the command when tapped on it. The dedicated gestures that are set by default were also very useful and were easy to memorise. The tap gestures include -- a single tap to play/pause media, a double-tap to answer phone calls, while a triple tap is assigned for the next/previous song or to wake up the voice assistant. During our usage, the earbuds didn’t miss out on a single command and it is easy for first-time users to get acquainted with the gestures.

The audio performance of the OnePlus Nord Buds has been impressive. From rock to R&B, these earbuds seemed to offer loud and clear output. The 12.4mm drivers deliver great bass on different levels of volume. The Dolby Atmos support also offered surround sound which was notable while streaming content. 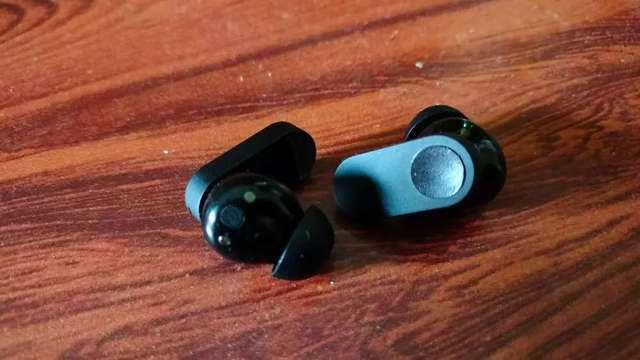 The Nord Buds also performed well with its device connectivity. These earbuds stay connected to a device for almost up to 10 meters which allows users to charge their phone while listening to music. Moreover, the calling experience on the Buds has been smooth. The individual pairing features work while calling and four microphones along with the AI Noise Reduction feature deliver a loud and clear calling experience even with a single bud on. Audiences on the other side also heard a clear voice at multiple levels of talking and didn't face any issues with the background noise. However, the mics started to act up when it was taken more than five meters away from the primary device.

The battery also looks quite powerful as the real-time performance is quite close to what the company claims. According to OnePlus, each bud will offer users seven hours of battery life on each bud and 30 hours on the charging case. In almost more than a week's testing, each bud has delivered almost 5.5-6 hours of playtime and the charging case has offered me four full charges for both the buds and some extra. The company also claims that the wire provided in the box will offer five more hours of battery life for just 10 minutes of fast charging. However, on testing, the Nord Buds offered almost four more hours of usage.

Considering the affordability of the earbuds, the pair fits quite comfortably and also offers a premium feel. The size was also appropriate for picking up calls or interacting with my media player. Multi-device support and gestures to control volume would have been great additions to the OnePlus Nord buds which were missed thoroughly. However, the audio performance for both calls and entertainment is commendable. This product will be a good choice if you are on a limited budget.