Realme Buds Q2s review: Get it for the battery life

Gadgets Now
14th May, 2022 14:02 IST
Last month, Realme added a new pair of earbuds to the Buds Q2 lineup, the Buds Q2s. With multiple offerings already, it is tough to define how and where Realme is trying to position the Buds Q2s, but it lies somewhere between the Buds Q2 Neo and the original Buds Q2. The competition is undoubtedly tough for the Buds Q2 since a multitude of options is coming out almost every day. The market is hyperventilating with true wireless earbuds.

Priced at 1,999, the Realme Buds Q2s offer 10mm Dynamic Bass drivers, Environmental Noise Cancellation (ENC), and 30 hours of total battery life, among other features. And the biggest competition of the Buds Q2s is none other its own siblings - the Buds Q2 Neo and Buds Q2, which offer similar or better features for a not a whole lot of price difference. So is Realme Buds Q2s worth your money? Or should you spend your money on some other pair of earbuds? Here’s what we think.

The Realme Buds Q2s come inside a cobble-shaped plastic charging case with a transparent lid. The case is small, handy and fits easily in the pocket. Now, the transparent case looks good but just for a few days, as you start using it, I mean literally using it, the lid gets scratched. The scratches certainly are an eyesore and the lid seems to be very fragile, so we would suggest keeping the case safely. 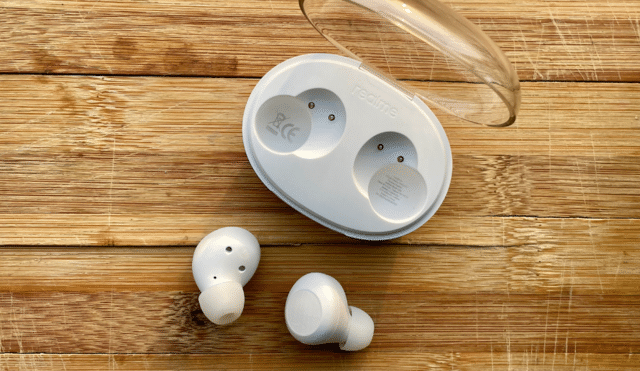 Inside the case, you would find two oval-shaped earbuds with silicone ear tips in the same colour as the case. Further, the shiny portion you see on the top of the earbuds is the capacitive touch sensor, which can be used to control the playback or answer calls.

The earbuds weigh 4 grams each, fitting inside the ears comfortably. We never felt like they were dropping out of my ears, even while jogging or running. And bonus points for the IPX4 rating.

Let us go through the audio specifications first. For beginners, the Buds Q2s feature 10mm dynamic bass drivers, with a diaphragm made out of PEEK+TPU composite polymer – all this combined is meant to deliver bass-heavy sound. And you also get Dolby Atmos support along with Environmental Noise Cancellation (ENC). Realme claims that with Bass Boost+ enhancement turned on, the Buds Q2s deliver the best sound, and we will be testing this claim of Realme. Further, it gets the support for Bluetooth 5.2, enabling instant connection. The Buds Q2s only support two audio codecs, AAC and SBC. 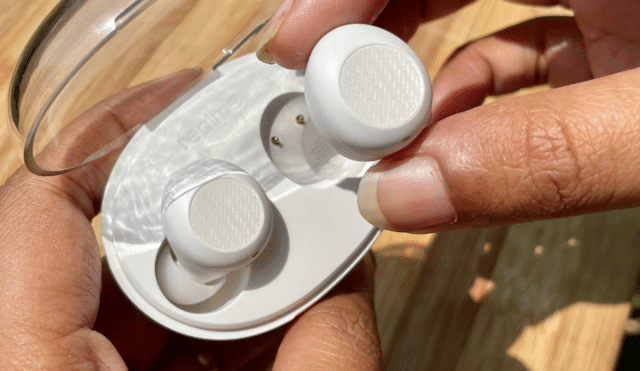 As said before, the Buds Q2s deliver a punchy sound, and the Bass Boost+ does not make much of a difference to the already bass-heavy sound signature. Like most budget earbuds, this one also struggles to distinguish between the highs and mids, making the instrument separation awful. And keep the volume level under check to get the best out of these earbuds. The Buds Q2s sound fairly decent considering its price point and won’t disappoint anyone until one starts nitpicking.

The Q2s come with a dedicated Gaming Mode, promising to deliver a latency of 88ms for a “lag-free gaming experience.” It works as promised. We did not encounter any delay between the action and the sound on the earbuds while playing CoD Mobile. But, you cannot trust the microphone on these earbuds for your critical gaming sessions.

The AI ENC does not help much with the calls. And the microphone just adds up to the trouble. During alls, the person, on the other, had a hard time understanding the conversation.

Coming to the connectivity, the Buds Q2s connects to your devices through Bluetooth 5.2. And they automatically connect to your smartphone as soon as you open the case once paired, so there is no hassle of connecting them manually. And they also have automatic wear detection, so the music stops as soon as you take them out and begins again the moment you wear them.

Like other Realme earbuds, this one also has a companion app, the Realme Link. And using the Realme Link, you can update your earbuds, customise the controls or choose between the different sound profiles, namely Bass Boost+, Balanced and Bright. The app is available both on App Store and Google Play Store, but the iOS version does not have support for the Realme Buds Q2s, but the Buds Q2s works on an iPhone perfectly.

As for the battery life, Realme promises that the Buds Q2s can last you for 7 hours. We had enough time to check out Realme’s promise, and it came close enough to the promised 7 hours mark, giving up almost after six-and-a-half hours. And then it took around two-and-a-half hours to get refilled inside the case, whereas the case itself takes the same amount of time to get charged. Also, the 10 minutes charge does not exactly last till three hours, but it does get you through for close to two hours.

For Rs 1,999, the Realme Buds Q2s offers a comfortable fit, decent enough sound quality and great battery life. However, Realme’s newest earbuds do not have anything exceptional compared to its own siblings – Buds Q2 and Buds Q2 Neo – and both of them offer a great value proposition.