Gadgets Now
14th October, 2021 14:56 IST
There are products that you need to buy and can afford. Then there are products which you want to buy but can’t afford. And then there’s this Sony TV — the Bravia 85Z9J — which you may want, desire, crave but perhaps won’t be able to afford. Even in the age of premium products, the Bravia 85Z9J is obscenely priced at Rs 12,99,999. Yes, that isn’t a typo with an extra 9. The 85-inch TV costs a whopping Rs 13 lakh. Now that the price has got your attention, let’s get into your curiosities about this TV. What makes this Sony TV so premium that it costs this much? Read on:

Sony BRAVIA 85Z9J review: Design
This is a TV which is actually mammoth and at first, is really overwhelming. All sorts of questions pop in your head: where do you keep it? Mount it on a wall? Where do you find a spot in your home where the TV will actually fit in? Now, we are clear that anyone who buys this TV will definitely have ample space but for modest-sized homes, it is a herculean challenge.

For starters, it is not advisable to wall-mount it as it is really heavy TV — 61.1 kg to be precise — and regular homes’ walls aren’t made to withstand this amount of weight. So the choice you have is to keep it on the regular stand. Now that’s sorted where do you keep it? It’s 85-inches and rooms — once again ‘normal’ middle-class homes — aren’t big enough for comfortable viewing. But to hell with the middle-class problems, right? Especially when you get a genuine crème de la crème product. Sony has used a very minimalist design approach and despite its sheer size, the TV is rather elegant. The back panel has detachable frames which reveal connectivity ports. You will find four HDMI ports — three at the back and one at the side. There are two USB-C ports, one for headphones and one for digital audio output. There’s built-in support for Apple AirPlay, Chromecast, Apple HomeKit. Despite the size, this is an elegant looking TV that will immediately grab anyone’s attention, for obvious reasons. Sony TVs are known for their design and this TV gets the best of it.

Sony BRAVIA 85Z9J review: Display, performance, OS
AI is the buzzword, right? Not for Sony as it has gone one level above that with and has powered this TV by the Cognitive Processor XR. Sony claims that this “processing method goes beyond conventional AI, designed to replicate the ways humans see and hear.” What the processor does is that it detects one focal point in the picture and can analyse multiple elements. The result is rather lifelike and there are 33 million pixels integrated into the screen that do the rest. From every angle, this is a stunning TV to look at. The 85-inch display supports 8K — but there’s no content in India — and is designed to be future proof. For this price, it better be future proof, no? The present-day content — 4K — looks absolutely wow with accurate colour reproduction. The contrasts are spot on whereas the brightness levels are really pleasing to look at.

The size of the TV may seem very daunting but once it switches on you are not really bothered about it. We watched the Avengers: End Game on the TV and it was stunning to look at. The TV really spoils you as it is really hard to switch to any other TV after watching anything on it. The TV has a Full Array LED panel which among other things has something called XR Contrast Booster 15 that balances the light precisely. The brightness is adjusted automatically and the bright areas look brighter and dark areas look darker — it makes it look real with a great amount of details. 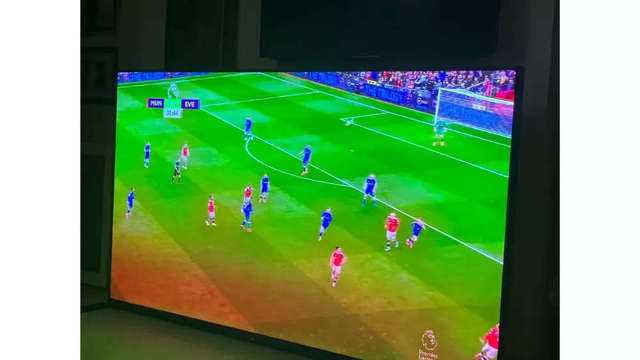 Sony has given a bunch of features for gaming as well. Like variable refresh rate, auto low latency mode and HDMI 2.1 compatibility. As much as we would have enjoyed gaming on the TV, we couldn’t really test the capabilities.

As far as the audio performance is considered, you will find 85W speakers that support Dolby Atmos. Sony has given 3D Surround Upscaling which gives it a multi-dimensional sound. There are also 4 frame tweets and front-facing subwoofers. All this combined delivers a formidable audio output. The sound quality is one of the best we have heard on any TV.

This is the first Sony device that integrates Google TV. Now, most people are used to Amazon Fire TV Stick or there are some who perhaps might be on Apple TV. Google TV takes on that and absolves you from using any streaming device or anything. The interface is really easy to use and those who like Google Assistant will find it even better. You can talk to the TV through Google Assistant and ask it to play TV shows or movies. There’s also support for Apple Home and AirPlay, which means you can stream content from an iPad or an iPhone on the Sony TV. 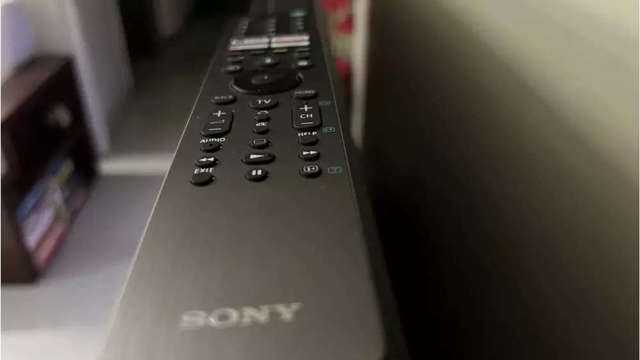 The one thing that we didn’t like is the rather clunky remote. Not that there’s any lack of functions or features but it’s just that size of the remote makes it rather dated. Considering that TV — or streaming stick — remotes have become slimmer and sleeker, it’s a bit odd to use a more traditional looking remote.

Sony BRAVIA 85Z9J review: Verdict
The Sony Bravia 85Z9J raises the bar to another level. The picture quality, audio performance are second to none and it’s a real experience to be watching content on this TV. You are future proof with 8K support as currently, it’s of no use. If you want to make no compromises at all and have the cash — Rs 13 lakh spare lying somewhere — go ahead and splash. The TV is a true delight and sometimes these delights cost a lot. Lots and lots.