Animated films are the best during summers to watch something light and creative. It will excite you more to know that the film is presented from the Walt Disney Animation Studios, which also brought us Moana and Frozen! That there isn’t always a prince sorting out everything but a queen too can handle it! From Elsa to Moana to Raya! A funny, brave and drama animated film to watch the upcoming summers with some popcorn and comfy seats! Keep reading to know everything about Raya and not to forget the last dragon!

Characters: Raya and the Last Dragon

Kelly Marie Tran as Raya will play the brave role of a warrior who dedicates her life to be the Dragon Gem. Awkwafina as Sisu will be playing as the last dragon and also has the power to transform into a human. Also, an Armadillos aka Tuk Tuk will be accompanying Raya in the journey.

Plot: Raya and the Last Dragon

In a dreamy world of Kumandra Dragons and Humans existed with Peace. However, there’s always a villain in every film. Druun, a monster tries to attack the land of Kumandra. For the sake of Humanity, the dragons decide to sacrifice their life. But Spoiler Alert because the monsters have returned after five hundred years to battle with humans again! When the dark takes over, only one candle has the power to brighten everything. Just like our warrior Raya who will go on an adventure to find the last dragon with her pet Tuk Tuk! 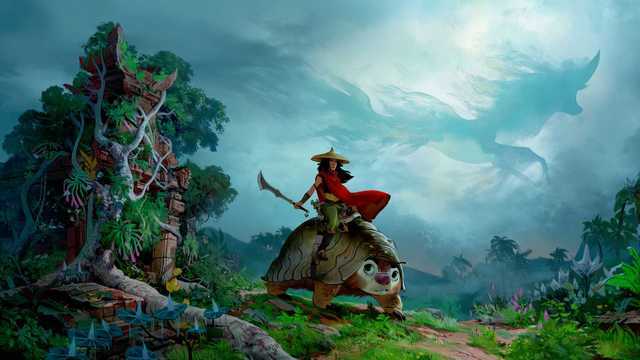 Raya dedicates her entire life to be the saviour of the Dragon Gem, where such gems locate the water flow changes its gravitational force by moving backwards. The people who once cherished memories are divided, will they get back to each other or fight and let the monsters take over? Now, we know why it’s essential for Raya to find the last dragon or maybe a shapechanger. Yes, our dragon can shapeshift into a human being the only one alive it definitely will have some magical power. The catch of the film is if the dragon will cross Raya’s path as a Dragon or a human? See you in theatres in March 2021!

Trailer: Raya and the Last Dragon

The post Raya and the Last Dragon: Release Date, Characters, Trailer and Plot. appeared first on Headlines of Today.