Mumbai : Spotify music is on a roll in India and the recently announced Originals by Spotify have us all excited

Spotify music is on a roll in India and the recently announced Originals by Spotify have us all excited. 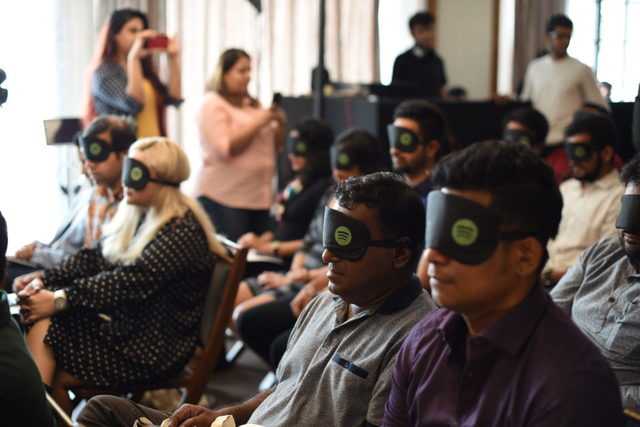 One of their top shows for Spotify has it roped in Actor/RJ Mantra for a detective thriller podcast called “Bhaskar Bose”, being produced by Mantra’s own audio production house MnM Talkies.
Mantra will soon be seen in the epic period film “Panipat”, by Ashutosh Gowariker on the silver screen and it will be fair to say that the actor, director, RJ is on a roll with multiple projects at his expense. He is not only one of the most popular Television Presenters on Star Sports along with being a popular voice behind multiple international projects, but is also a very accomplished theatre actor.
He says “December is a very exciting month for me as not only is my film “Panipat” releasing on the 6th but a combination of two of my passions ‘radio’ and ‘theatre’ with “Bhaskar Bose”, an audio drama for Spotify will be out as well. It’s a good time for creators and performers”.
The poster of Bhaskar Bose is out and we are all kicked to hear the thriller podcast. The growth of podcasts in India in 2019 has been tremendous and while we have watched films all our lives, we can’t wait to ‘HEAR’ Bhaskar Bose, which is as Mantra quotes “an audio film”. Looking forward to a ‘Mantra-Mugdh’ December.

The post Mumbai : Spotify music is on a roll in India and the recently announced Originals by Spotify have us all excited  appeared first on Hello Mumbai News.