Fascinating Journey Of Beloved 'Kebabs'!: Here's How Meat Patty Become A Part Of The Indian Kitchen

Kebab is famous in the snack world for its exotic melt-in-mouth taste. Preparing it with spices makes them more Indian than anything else. From Shami kebab to Seekh kebab, a lot of non-vegetarian options are available in the Indian context. In fact, there are also vegetarian variations like Hariali Kebab, Paneer Tikka and Dahi Ke Kebab that owe their origin to India.

The kebab these days is a perfect healthier fast food option across the world because they are not deep-fried. But its history actually goes back a long way. The story of the kebab traces back to myriads of both Asian and African cuisines. The word 'kebab' itself actually means 'to roast,' but can also be referred to as a meat patty mixed with spices. Indians first got a taste of the kebabs during the Mughal period.

Is kebab Turkish or something else?

If we go back in history, we learn that the kebab came into existence during the war when soldiers used to grill chunks of freshly hunted animals skewered on swords over open-field fires and adding ground spices, which gives instant energy and is beneficial for the health of the soldiers during wars. 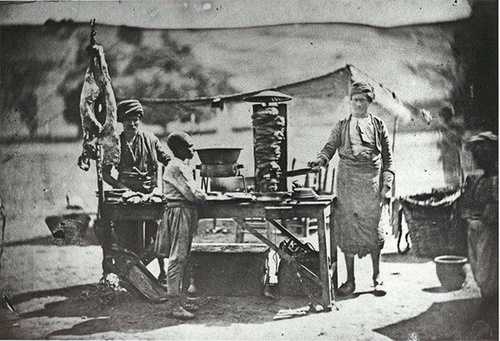 Turkey is considered the homeland of Kebabs. Whether or not that is true, kebabs were first served somewhere in the Middle East. The word kebab is derived from the Arabic word 'Cabob' which means to burn or char. They are one of the most popular grills around the world.

This origin is backed up by a Turkish script of Kyssa-I Yusuf in 1377 and is now the oldest known source where kebab is stated as a food item. 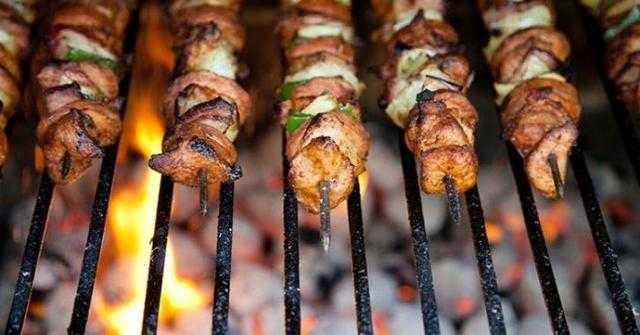 At the same time, according to the book of 'Ottoman Yatra' kebab was tasted for the first time in the Erzurum, a province of Turkey in the twelfth century. During that time, kebabs were commonly eaten by cooking them well on a thick griddle and adding dry ground spices. This recipe was later cooked in many other ways. This later reached the Indian kitchen with the name kebab.

What is the connection of Genghis Khan to Kebabs?

The art and sophistication of Mughlai preparations have caught the fancy of food lovers throughout centuries. For India, the Mughal era officially began with Babur's rule in the 14th century. 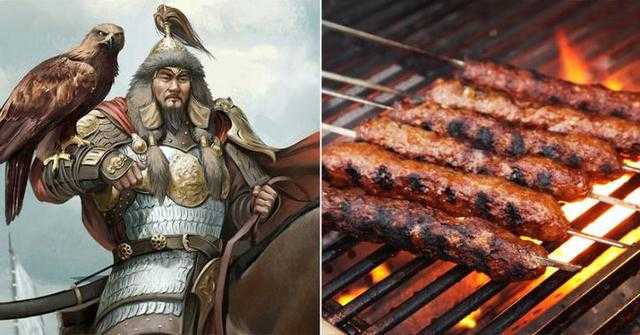 It's believed that when the Mongolian ruler and invader Ghenghis Khan's (1206-1227) soldiers went to war, their wives used to give them a piece of meat, onion, flour and rice along with floured ground spices for their journey. Soldiers used to grill chunks of meat on swords over fires and used to eat by topping them with spices. Turkish civilization also adopted the practice of roasting pieces of meat on the tip of swords. It can be believed that from here, the Seekh kebab, which is a delicacy in India, was also born.

How did the delicious kebabs reach Indian Kitchen?

Ibn Battuta, the famous Moroccan traveller has mentioned that Kebab was an integral part of the daily diet of Indian royalty as early as 1200 AD. No wonder the Afghan plunderers and invaders brought it to the Indian kitchens long before the Mughals ventured in. If the pre-Mughal Kebab was more about marinade and meat-being more of rustic chewy chunks, char-grilled in open ovens, with Mughals it evolved into a delicacy that was soft and succulent, made richer with aromatic spices and dry fruits. History has it that the Mughals loved their minced meat dishes. But according to Ibn Battuta, Kebabs existed in Indian kitchens before the Mughal rule in India. In this period, the command of the royal kitchen was in the hands of the Khansama (a male cook). In which Turkish, Iranian and Afghani Khansama dominated. Many of the delicious dishes of the Mughals had an impact on the indigenous cuisine and especially on the Rajputs.

According to historians, in 1627 AD, the Mughal ruler Aurangzeb attacked the Golconda Fort, which is currently located in Hyderabad, Telangana. It was not an easy task for Aurangzeb to conquer that fort. But after a long struggle of nine months, Mughal soldiers captured it and the victory celebration of Aurangzeb's army was held in the same fort where Shami Kebabs were served to the soldiers. 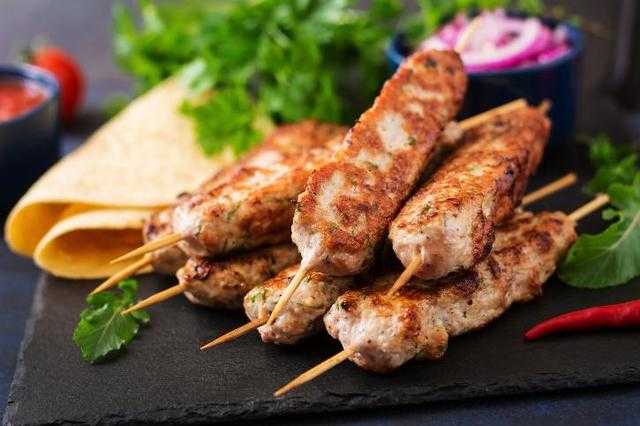 It is said that by doing this they get two benefits. The heat of the stones could be reduced by sticking the meat to the stones and it gives some relief from the heat to soldiers. Even today, kebabs are made in Hyderabad in this style, which is famous by the name of 'Pathar Kebab'.

Do you know the tale behind the world-famous kebab called Tunde Ke Kebab from the 'City of Nawabs'? The aura that surrounds this famous food joint has an interesting story that is little known to the world. Over time, Indian chefs changed the form of the seekh kebab and began sculpting it as a round patty. 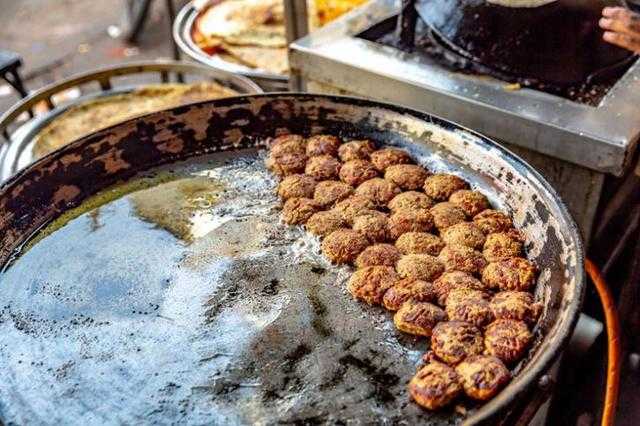 Wajid Ali Shah's habit of chewing tobacco paan had spoiled his teeth, like that of his forebear, Nawab Asad-ud-Daula. Since they found it difficult to chew kebabs they ordered Khansamas to prepare the softest ones without compromising the flavors. Contests were announced promising royal patronage to kebab makers who satisfied the nawabi taste. The Khansamas rose to the challenge and Galouti kebabs were the outcome. Haji Murad Ali's Tundey came out with his closely-guarded recipe.

Even today 'Tunde Ka Kebab' remains the identity of Lucknow. Which is prepared from over 160 varieties of spices. There is an interesting story behind its name as well. 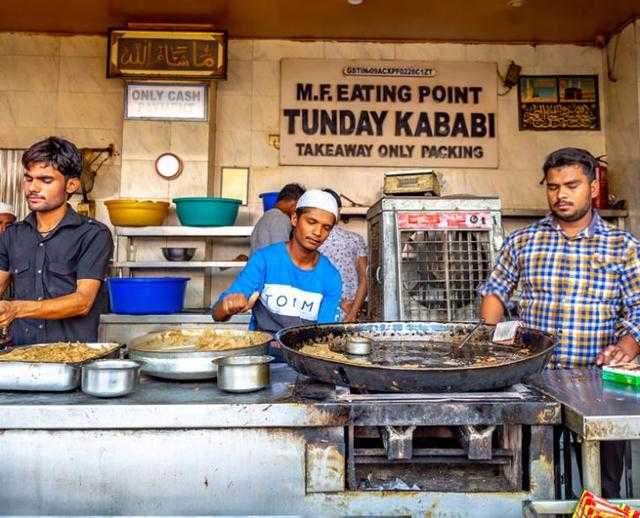 It is said that Haji Murad Ali was working on perfecting the mixture of the shahi Gulawat kebabs when he fell off the roof of his shop and fractured his arm, which had to be eventually amputated. This, however, did not prevent him from pursuing his passion for cooking with one hand. He employed people who would pound meat into such a fine paste that it would instantly melt in the mouth. Made in batches of 20-30, the kebabs were cooked in ghee in "dum" (oven-baked) style. When these kebabs were presented to Wajid Ali Shah he instantly gave royal patronage to Tundey Kebabi.

Today people all across the world love to devour these kebabs and almost all gastronomes would know it well, though they may not be able to replicate the same softness and taste as available in Lucknow's Tundey Kebab shop, which is run by Haji Murad Ali's family.