Ala Vaikunthapurramloo Movie Review Rating: 3.5/5 Stars (Three and a half stars)

What’s Good: Allu Arjun is back after a long gap of almost 2 years. The ‘Stylish Star’ yet again proves that he is an actor with a complete package. Be it comedy, action, emotions, style and of course dance, the star actor nails it in the film, as ‘Bunny’ made to audience groove to his tunes with his act. The audience had all whistles and applauds for the actor during action sequences as he bashes the hell out of baddies, and he also made cinegoers in the cinema hall burst with laughter at regular intervals with his humor and comic sense. The audience was ROFL especially at a board meeting scene where he grooves to songs of Mahesh Babu and Pawan Kalyan’s films Bharat Ane Nennu and Gabbar Singh respectively, with his funny and quirky moves.

What’s Bad: Tabu in the first half had almost no dialogues, as we only could get only a few glimpses of her here and there before the interval.

Loo Break: Maybe one, as the film is 2 hours 45 minutes long, so you may need a short one to take a leak, not more than that.

Watch or Not?: It doesn’t matter whether or not you are an Allu Arjun fan, the movie is highly entertaining and you can give it a try atleast once.

The film begins with a serious note as Valmiki (Murali Sharma) swaps his son with his boss Ramchandra’s (Jayaram) son at the maternity ward of a hospital because of the jealousy that the latter has been blessed with all fortune and fame in his life. Valmiki wants his biological son to lead a royal life and to be the heir of Ramchandra’s overall property and business once he grows up. And at the same time, Valmiki assures Ramchandra’s biological son to lead a middle-class life just like he does and following the hatred towards his boss he names him Bantu (Allu Arjun). Fast forward 20 years, one gets to see the hatred in Valmiki is so strong that the only thing Valimiki is good at is to yell and discourage Bantu for every small thing.

Bantu gets his dream job at a travel agency where he falls in love with his boss Amulya (Pooja Hegde). Though Bantu has to go through some ups and downs to win her heart, he finally does manage to gain her trust and love. Now that when things seem to be getting better and better in Bantu’s life with a dream job and lover, a certain incident disrupts his life, as he gets to know about the bad deed that his father Valmiki had committed by swapping him at the hospital. What happens then forms the rest of the story. 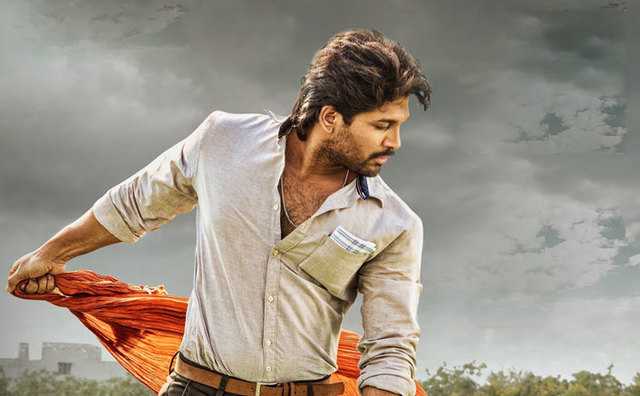 Must mention that the emotional scenes of Bantu which one gets to witness right before the interval, where he gets to know the truth about him being swapped when he was born and the person who always mislead him, and never missed an opportunity to show him down in front of others was not his real father. After knowing the truth, the scene where he is left confused with no idea on how to react, and at the same time the fuming anger in him following the deeds of Valmiki and still trying to keep his calm, grips you.

The above mentioned isn’t the only emotional scene that will give you goosebumps, the scene before the climax where the truth of Valmiki is revealed by Ramchandra’s father in law ARK (Sachin Khedekar) too will shake you off your seats.

Director Trivikram Srinivas has assured that the emotional sequences get a connect with the audience in a healthy and simple way without too much of dramatic and teary scenes. As the emotion sequences had everyone in taking, as the filmmaker showcased it in a tasteful way that it successfully had audience their eyes glued to the big screen.

Allu Arjun doesn’t disappoint his fans and audience a bit. The actor who stayed aways for almost two years away from big screens has successfully accomplished his mission to deliver a phenomenal performance with his act in the film.

Murali Sharma as Valmiki goes skin deep into his character as he pulls off his character with grey shades with ease which very few can pull off.

Pooja Hegde as Amulya the boss lady gets thumbs up for her character, as apart from being a boss, she also is a true lover who stands for her love interest Bantu aka Allu Arjun at every tough phase of his life.

Tabu as Anjali may have not had many scenes or dialogues in the first half of the film, but post interval the actress shines bright as a wife and as a mother.

Jayaram as Ramchandra the rich business tycoon with his cool and calm behavior with zero attitude pulls off his character with no many difficulties.

Samuthirakani as lead antagonist Appala Naidu with his dialogues, intense screen presence assures that he doesn’t get lost in the film and get the audience’s attention.

Veteran actor Sachin Khedekar as ARK who shares his maximum screen space with Allu Arjun’s character Bantu nails his role as a dad, father in law, and as latter’s grandfather.

Its the third outing of the director-actor duo of Trivikram Srinivas and Allu Arjun. The duo has earlier teamed up for Julayi (2012) and S/O Sathymurthy (2015) has scored a hattrick by entertaining and delivering Ala Vaikunthapurramloo.

Music has always been an integral part of Allu Arjun movies. With Samajavargamana, Ramuloo Ramulaa, OMG Daddy and Butta Bomma, music composer S Thaman musical works with the songs even prior to the film’s release had made it to the chartbusters. Watching the songs in big screens with especially the chemistry between Allu Arjun and Pooja Hegde in Samajavargamana and Butta Bomma along with former’s gracefull moves and sightful locations in the backdrop was indeed a treat.

A perfect family entertainer to watch on this festive season of Sankranthi with your near and dear ones, not only for Allu Arjun fans but also for every movie lovers.

Ala Vaikunthapurramloo releases on 10th January, 2020.

Share with us your experience of watching Ala Vaikunthapurramloo.