Batla House Movie Review: Informs You, Compels You, Grips You In An Entertaining Way!

Batla House Movie Review: Informs You, Compels You, Grips You In An Entertaining Way!

What’s Good: It’s inspired by true events and hence the efforts of portraying them on-screen with such conviction, John Abraham’s yet-another remarkable performance after Parmanu.

What’s Bad: Length could’ve been shorter, a couple of unwanted songs & my habit of nitpicking things!

Loo Break: Depends on your taste, I myself took one during one of the songs

Watch or Not?: Definitely yes, for its ability to stir your thoughts about a real incident

For the uninitiated, the movie is based on the real-life encounter case named as Operation Batla House, which happened in 2008 in Delhi. The movie starts showing ACP Sanjay Kumar struggling with his personal and professional life. After a heated argument with wife Nandita (Mrunal Thakur), a journalist, he moves to a place called Batla House in which he has to lead a mission. Things go sideways when one of Sanjay’s officers, KK (Ravi Kishan), denies a direct order and engages with the students at the crime scene.

Now, Delhi Police is on the radar of media and activists who are demanding justice for those students. But as per Sanjay and team, the students were linked with a terrorist organization named as Indian Mujahideen. The entire team is dragged to court and get questioned about what they did was right. The entire story revolves around the case and will the police be able to defend themselves in the case. 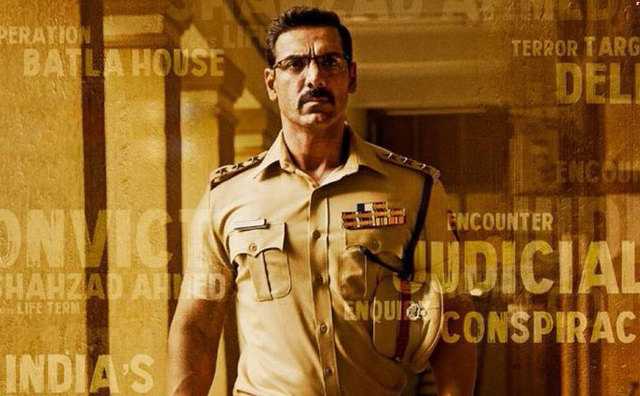 Ritesh Shah’s story is an integral part of moulding the film into a fascinating watch. The balance of who’s right and who’s not, tumbles in between, but great performances help the balance. Full marks to the writers for incorporating a proper love angle in a thriller. There have been very fewer movies in this genre which have truly explored this shade of the script. Saumik Mukherjee’s camera manages to capture the raw and rustic streets of Delhi without any flaw.

Length of the film (143 minutes) pulls back the interest at certain sequences; makers should’ve chopped off some portions. Apart from it, Maahir Zaveri’s editing is sealed-shut. To get in the head of the lead actor is very well done by the makers. Hallucinations help to understand what he’s feeling, and hence we connect well. Another achievement by the script is, you feel the anger with the lead actor.

John Abraham delivers one of his best performances as Sanjay Kumar in the film. He was brilliant in Parmanu, but takes his game a notch higher in this one. He’s Bollywood’s Dwayne Johnson who can pull of roles even like this. Even in the scenes in which he’s not flaunting his physique, he manages to attract your interest.

Mrunal Thakur deserves more! Loved her in Love Sonia and since then I’ve been rooting for her to grab a character equivalent to her talent. She justifies the role as Nandita, but she’s a talent waiting to explode. Ravi Kishan is decent; I expected more from his character. Rajesh Sharma is very good as the opposition lawyer. He brings in his natural trait while performing the courtroom scenes. Sahidur Rahman, Kranti Prakash Jha and every actor playing terrorists are really good.

Nikkhil Advani is back after a sabbatical of over 4 years and he just smoothly slides in his experience on the table. He doesn’t get too real to ruin the watching experience; opts for a stable camera-work even through narrow lanes instead of shaking things up. He could’ve easily used John’s machoism to hyperbole the sequences but takes for a subtle and smart route.

Ankit Tiwari’s Rula Diya, though a very good song, was a useless addition to the script. O Saki Saki will be loved by its target audience; Nora looks super-hot in her small-yet-sweet cameo. Rochak Kohli’s Jaako Rakhe, ideally, should’ve been the only song in the film. Sound design shines at places; a scene in which a ‘certain’ character dies, we hear the tune of ECG machine even before that scene starts.

All said and done, Batla House gains all the marks in keeping us thrilled till the end. John Abraham’s flawless performance, Nikkhil Advani’s effortless direction and Ritesh Shah’s absorbing story help the story to flourish in its own enthralling way. Informs you things in an exciting manner!

Share with us your experience of watching Batla House.

The post Batla House Movie Review: Informs You, Compels You, Grips You In An Entertaining Way! appeared first on Koimoi.