What’s Good: Makers try to bring at least some uniqueness to their remake of a movie that is already loved and dissected by many. Also, Prithviraj Sukumaran’s effortless performance helps.

What’s Bad: that even the Malayalam industry isn’t spared by the ‘remake’ bug. Find a cure guys, you have happened to be our ray of hope to get amazing content.

Loo Break: If you have seen Andhadhun, take plenty.

Watch or Not?: Now this is completely subjective. I love Prithviraj and him using his entire body to act, he doesn’t let down. But if you are talking about the story, you have already seen it. So decide for yourself.

Refer to my Maestro review for this! I have ran out of ways to write Andhadhun’s summary differently. This is the second remake in a month. 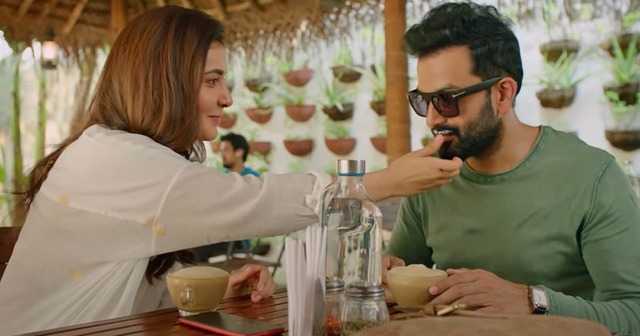 The point of making remakes of successful movies without adding anything to the material makes no sense to me. Call it as good as a copy-paste job. Even in a remake, the movie should talk about the universe it is set in. The effects on the characters should be as per their ecosystems. Remember when Anjali Menon remade Marathi movie Happy Journey? A classic example of what I am trying to say.

Andhadhun, one of the best dark comedies by Sriram Raghavan, has just been through a soulless remake starring Nithiin and Tamannaah Bhatia in the lead. Weeks apart rises Bhramam, meaning mirage. A movie that is another remake of the Ayushmann Khurrana and the ethereal Tabu starrer. Sarath Balan takes the writing credits for the movie, with no nod to Sriram insight, or maybe I missed it.

Everything begins the same. To our good luck, the writer sticks to the original source material and does not change the essence in the rage of reshaping the universe. I am still not recovered from the harm Maestro did to the story by changing the climax, my heart aches every time I see the poster. Balan in Bhramam tries to be as close to the original as possible and leaves the job to add fresh aspects to the director visually.

For instance, the rabbit becomes a pig and also the change in the walking stick by the end. But there’s a loophole here too. Remember the Rabbit was blind and we could clearly see that. A metaphor that was so strong, that the cute animal became a character. In Bhramam the pig just exists so it could crash the car in the end and finish yet another remake. I have no idea if the bullet made him blind, or was be already blind. Though full marks for changing that aspect as per the landscape the movie is set in. Also, the title is clever, at least more than the last one.

Rest everything is as Andhadhun as it gets.

The challenge in playing the lead in this story is acting a person who is acting to be blind, only to be really blind and the variations must show. Read that again and try to process. Walking on the path Ayushmann did, Prithviraj gets close to the actor. He somehow uses his body to become Ray Matthew and impresses with that.

Mamta Mohandas, though a bit mismatch in the beginning improves as time goes. But then she has Tabu’s shoes to fill and there is no one who can do that yet. Raashi Khanna is easy to watch and does her job nicely.

Veteran star Shankar though doesn’t get what he deserves. He is uncomfortable in his scenes with Mamta and not as lively as the other versions of him are. 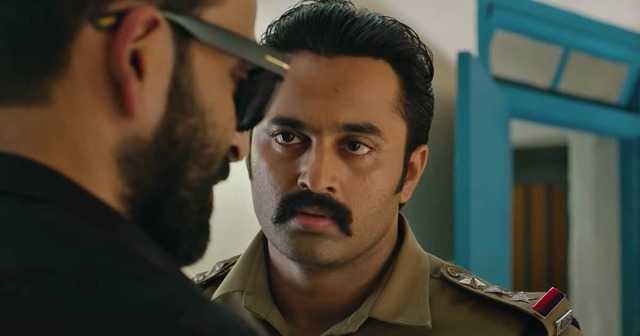 Ravi K Chandran tries his hands in direction for the second time. A noteworthy cinematographer, you have to expect him to make his version of Andhadhun a visual spectacle. And he does that too. More visually complicated homes. Lights are used to increase tension. Sometimes to hint at the feel of the moment and that is where his major focus lies.

Music by Jakes Bejoy is refreshing and suits the mood the movie creates. But Amit Trivedi is still on top.

My question remains, Why? The movie gives an honest homage to its original but that cannot take away the fact that it is a remake and doesn’t add much to the source material.

Annabelle Sethupathi Movie Review: Even Vijay Sethupathi & Taapsee Pannu Cannot Save Us From The ‘Horror’ Of Watching This Comedy

Sunny Movie Review: Jayasurya Reflects The Loneliness Of Isolation In The Post Pandemic World With Finesse

Must Read: Raame Aandalum Raavane Aandalum Movie Review: Satire That Comments On The ‘Circus’ Of Politics & Class Divide With A Simple Tale

The post Bhramam Movie Review: Prithviraj Sukumaran Rules The Respectful Remake, But Doesn’t Offer Anything More Than The Original appeared first on Koimoi.