Break Point Review: Mahesh Bhupathi-Leander Paes Have Lived A Love Story & This Is The Most Vulnerable They Have Ever Been In The Public Eye

Runtime: Around 40 minutes each episode.

Break Point Review: What’s It About:

For years we have heard about Mahesh Bhupathi and Leander Paes win championships after championships and making the country proud. But did we ever hear about what went behind the scenes? It was a love story, and one lived to be heard by the masses. The two are narrating their tale of love, bonding, brotherhood and longing. You must listen to it.

Raise your hand if tennis for you has not been more than the times you read headlines about Mahesh Bhupathi, Leander Paes or Sania Mirza bringing home accolades. Break Point is made just to make you realise how unaware you have been about the most crucial part of our Indian sport’s history. About the partnership that created waves in the history of the most niche sports of all times, tennis. 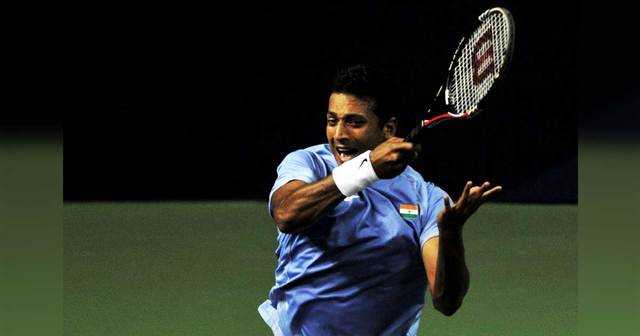 Break Point begins with the introduction of two boys born extraordinary. One called the Olympic Child (Leander), the other a Miracle Child (Mahesh), they were meant to meet. Of course, this is a docu-series and the men talk about their illustrious lives, but Ashwiny and Nitesh shape it like a love story. And this is where all the magic in Break Point exists.

We meet them on the day they met and almost like star crossed lovers. Soon they fall for each other and become a team that goes on to win the world. And by world, I mean world. Just Google the numbers of Grand Slam, Wimbledon and Asian titles they own together and respectively. I refuse to believe there is no magic or some celestial blessing with them. The story that the two have lived is a tailor-made fodder for a perfectly moving Bollywood film. Nitesh known for the sports genre movies, takes this very pro of the whole project and hits a sixer.

With Ashwiny he creates a three-act structure. Introduction, confrontation and resolution. And dare you to think the men are at any moment uncomfortable to speak about their most vulnerable moments. While they address the bad air between them with the most candid attitude, they also try and give their version of an unadulterated story. Where Mahesh is not shy to say Leander went out and spit venom in the press, Leander almost cries about Mahesh choosing someone else over him.

Break Point catches the men while discussing the highest highs and the lowest lows without any filters. Leander even at a point reveals when he was conceived, so you know what level of unfiltered candidness I am talking about. What matters the most here is resolution. We all knew the two broke up in 2006 to never really come together again. The series brought them together for 18 months and the final chest bump where they smile at each other is what we see in the 7 episodes. I want them to be together forever. 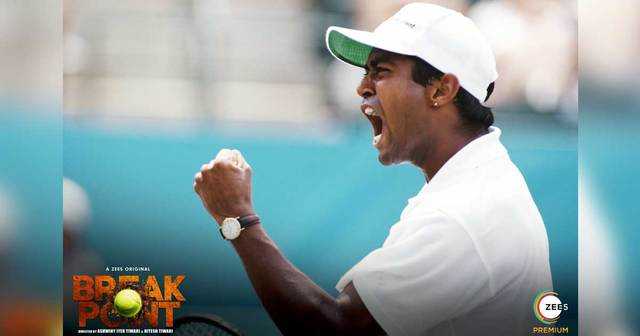 These are real-life people telling their stories. One expressive enough to make his emotions flow free (Paes), other introvert and composed (Bhupathi). I was living for the moment everytime Leander called Mahesh his little brother. The affection with which he saw at his Hesh in all the old footage. There was only unabashed love for a boy he believed in.

Mahesh is a man of few words. But him reciprocating to Paes’ actions is evidence of what they mean to each other. At a crucial point, a friend reveals Bhupathi cried his guts out in a pub in the US for Leander and that talks volumes.

For someone who is not so sound with the sport wanted a bit more explanation for the complex jargon the people on the screen used.

I love the show. Whether you like it or not doesn’t matter here, the fact that these guys have come together after 20 years and ready to be in the same tennis court is all that makes the difference. Also, can we please have a movie about these two soon? (not a generic biopic though). Mumbai Diaries 26/11 Review: Mohit Raina & Konkona Sen Sharma Lead Us Through A Traumatising Fictional Account Of A War Fought Away From The War

Must Read: The Empire Review: A Visually Scintillating Tale With Moving Performances That Breathes Under Sanjay Leela Bhansali’s Shadow

The post Break Point Review: Mahesh Bhupathi-Leander Paes Have Lived A Love Story & This Is The Most Vulnerable They Have Ever Been In The Public Eye appeared first on Koimoi.