Bypass Road Movie Review: It Won't Say 'Bye' Until You 'Pass' Out!

Bypass Road Movie Review: It Won’t Say ‘Bye’ Until You ‘Pass’ Out!

What’s Good: Nothing. It’s good for nothing. Sarcasm apart, it genuinely had the potential to be a good thriller, wasted for multiple reasons

What’s Bad: It follows the age-old misconception of ‘thrillers need to be dark & complicated’

Loo Break: I bet you can’t take just one!

Watch or Not?: Only if you could invest yourself to see something worthy getting demolished piece by piece

The mess starts with a very Sriram Raghavan inspired start when Vikram Kapoor (Neil Nitin Mukesh) is seen running from a murder of Sarah Braganza (Shama Sikander). In the next immediate scene, he gets physically disabled, unable to walk. Taking the non-linear route, we see flashbacks of how Vikram is this renowned designer in love with his intern Radhika (Adah Sharma).

Before Radhika, he was with Sarah and that makes him a prime suspect of her murder. Vikram lives with his father Pratap (Rajit Kapur) and ‘father’s wife’ Romila (Gul Panag). The whodunit thriller turns into a home invasion when the paralysed Vikram tries to dodge very predictable plot twists. It’s all about who killed Sarah and what was the reason behind it. Everyone’s a suspect and you’ll know who has done it if you’re patient enough to wait till the last scene. 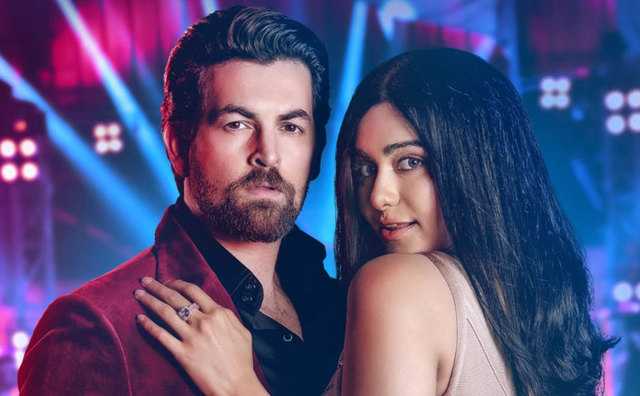 So, there’s a scene including a certain antagonist, (not revealing the name to those who will still watch the film even after reading this) in which he’s been literally fired up, crashed with a car, shot with a bullet, beaten with a pole and yet stands up in the end with a gun in his end. Neil Nitin Mukesh’s story is a chaotic mess and serves no purpose for the forced twists. For no reason at all, the story takes a non-linear route complicating even the simplest of things. The entire screenplay is divided into two parts – current & flashback which Neil decides not to bridge properly for some reason.

The evil creep in me found a couple of ‘pun unintended’ hilarious such as – “Vikram ka saamaan bahar nikaalo” and in the immediate next scene Vikram says, “Mere haath sahi salamat hai.” The previous point isn’t a complaint but when such a movie drags you’ve to find unintentional humour. Also, there’s a scene where paralyzed Neil gets a bath from his 70-year-old caretaker to which he says, “Hospital mein nurses nahlaya karti thi, 70 saal ke buddhe nahi” and immediately after this he starts playing a song that starts as ‘love me, kiss me’. Of course, Neil didn’t get the bath that day.

I’ve always been of the opinion that Neil Nitin Mukesh is a GOOD actor & I still stand by my words. It’s movie such as these holding him back to find his true potential. He can portray a brilliant baddie but settles with such mediocre roles. Even in this one, he delivers a controlled performance until all hell break loses in the climax.

Adah Sharma’s special appearance adds no value. Shama Sikander & Gul Panag add to the glamour quotient of the film which wasn’t even required in the first place. Rajit Kapur has no clue about what’s happening in the story, he acts as instructed and he wasn’t instructed well enough.

Naman Nitin Mukesh marks his directorial debut with this one & it has a Sriram Raghavan hangover but the one that occurs after a bad trip. He mimics the style well but it’s the writing that lacks the punch. Naman extensively follows the ‘formula’ of making a Bollywood thriller and that’s where he leaves the novelty behind.

A very good attempt by Daniel B. George for the background score of the film. Major of the chunks are 80-90s inspired & go well with the situations. Not a single song works.

All said and done, Bypass Road is not a route you would want to take off you’re looking for a good thriller. You might find a lot of unintentional humour as I did (refer: script analysis) but thrills are the last thing you’ll get from this. Skip it!

Share with us your experience of watching Bypass Road.

The post Bypass Road Movie Review: It Won’t Say ‘Bye’ Until You ‘Pass’ Out! appeared first on Koimoi.