Chhichhore Movie Review Rating: 3.5/5 Stars (Three and a half stars)

What’s Good: It delivers a very important message which is packed with an appealing story around it!

What’s Bad: It shifts gears way too often than it should.

Loo Break: If dramedy isn’t your genre, just skip the film, forget about taking a break.

Watch or Not?: If you’re one of those kids who, in their childhood, waited to listen to the bedtime stories from your parents – go for this one!

The story, beautifully, is divided into two parts – past and present. Both the sides have a gang proudly calling themselves LOSERS, and the reason behind it is what the entire story is all about. In the present, Anni (Sushant Singh Rajput) is married to Maya (Shraddha Kapoor), and their son Raghav is hospitalized due to a certain accident. Now, Anni decides to call his gang of losers from the past to narrate the story of his life to his semi-conscious son. 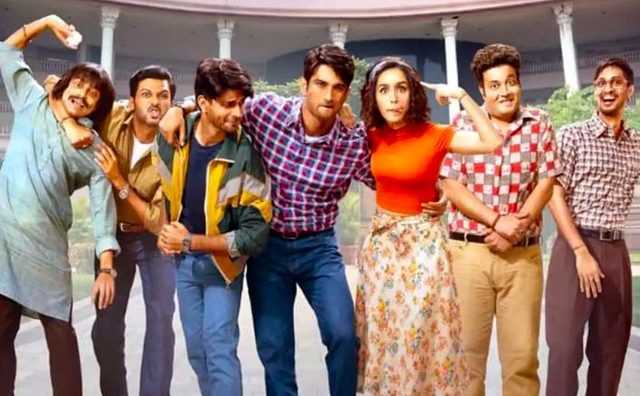 I’m sorry to bring this up, but Nitesh Tiwari has hijacked the airplane ridden by Rajkumar Hirani and added certain elements of his. The template of using humour in between emotional sequences is done before, but Nitesh adds the sparkle of realism above it. The entire film relies on the message of “What if we fail? What do we do then?” This is novel & that’s what is the USP of the film.

Tiwari beautifully uses non-linear storytelling to his use in the film. He bridges the gap between both the story to make it one & that’s what makes the script special. The story is highly predictable at places but it compensates in the second half with certain surprises. It keeps you intrigued until the end; that’s where it wins. This is also possible because of the constant touches of laughter throughout; there’s not a single emotional sequence that pans out for a very long time.

I know Sushant Singh Rajput is good at emotional sequences, but with this one, he has hit the ball out of the park. This man knows how to make someone moist-eyed by shedding some tears. He has delivered a master-of-all-trades performance. He’s as convincing as the friend as much he’s when he becomes the father. Shraddha Kapoor as Maya gets the shades of her character on-point. She looks pretty & acts with equal vibrancy.

Varun Sharma handles the comical portions of the film very well. Probably the best after Choocha for him, but definitely the best when it comes to the character sketch. Naveen Polishetty is the surprise package of the film. We recently saw him in the ‘half-day’, a viral sketch video, and it’s high time he got the chance to be in Bollywood. He’s here & he lives up to the high expectations.

Tushar Pandey and Saharsh Kumar Shukla prove to be an exceptional aid to Nitesh Tiwari’s narrative. Tahir Raj Bhasin leaves a mark as well. The highly underrated Prateik Babbar is a charming addition to the gray shades of the film. Special mention for Sanjay Goradia (Mummy’s father), he steals the show with just a couple of his scenes.

When Nitesh Tiwari helmed Aamir Khan’s Dangal, there were people who didn’t credit him as much as he should’ve been. But with Chhichhore, all the doubts of him going a long way in Bollywood should fade. Barring a couple of loopholes, above mention, this is a complete package as an entertainer. It could work wonders on satellite because of the repeat value it has.

When I saw Pritam’s name in the credits for the songs, I was sure this is going to be something. Every song is laced with the narrative & nothing’s forced. Woh Din & Control go very well the script. Sameer Uddin’s background score isn’t just a prop, it’s used very smartly to elevate the watching experience in many scenes.

All said and done, Chhichhore is a whole lot of platter that serves entertainment and emotions. With quite a many memorable performances, it’s a film that will linger in your mind long enough after you leave the cinema hall.