The film has been in the making for a long, but to be honest, there’s nothing about it that excited us. It was back in 2019, that this action thriller was announced, but it suffered a halt due to Covid. The film suffered a huge toll as it just got lost in the chaos and no one even remembered that Kangana Ranaut was coming with such a film.

While posters didn’t create much of a buzz, the trailers did grab some attention, especially the second one. Although the trailers gave us a vibe of an edgy with breathtaking action and performances, it looked like a big gamble as the action thriller set in a dark zone has always been a risky genre to play with, in Bollywood. 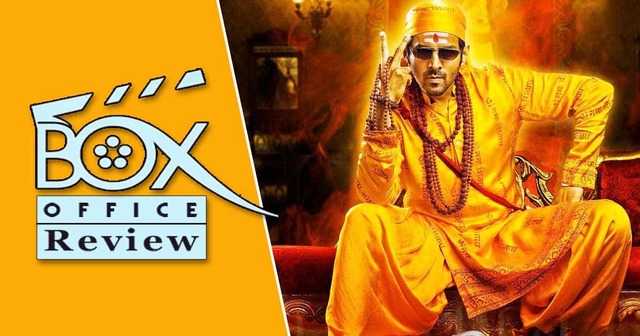 Bhool Bhulaiyaa 2 Box Office Review: Horror In This Kartik Aaryan’s Horror-Comedy To Bring A Much Needed Smile For Bollywood! Dhaakad released today and it is in a clash with Kartik Aaryan’s Bhool Bhulaiyaa 2. On any day, it would have been BB 2 scoring a win over Kangana Ranaut’s film due to its face value, sequel factor and family appealing content. On the other hand, Kangana’s action thriller has been certified with ‘A’ certificate, putting a big limitation on footfall.

The effect of low buzz, a clash and its ‘A’ certification is clearly seen as there’s hardly any opening for the film throughout the country. In the theatre where I watched this film, there were just 11 people for the 11.35 am’s show, and that says it all. As said above, such type of films are a big gamble in themselves due to their very niche appeal and a good start is always needed to set a momentum at the box office. However, this isn’t clearly happening here. On top of that, the film is very boring and fails to keep hooked despite being made stylishly. It will find it hard to even work in A centres i.e. among the urban audiences.

Speaking about the competition, Bhool Bhulaiyaa 2 has already knocked down this Kangana Ranaut starrer with its impact. Next week’s arrival of Anek and Top Gun: Maverick will snatch away its screens, making it just a one-week affair.

Already down with its own limitations, Dhaakad is going to face a nightmare with neither a good opening nor favourable word-of-mouth supporting it. It will be an achievement for the film if it manages to achieve the total that KGF Chapter 2 (Hindi) has earned in its 5th week (10.25 crores) in its lifetime.

It’s unfortunate to say, but the flop streak continues for Kangana Ranaut!

Must Read: Doctor Strange In The Multiverse Of Madness Box Office Day 14: Becomes The Highest Collecting Film Of The Week, Brings In Over 20 Crores