Koimoi
22nd May, 2020 01:02 IST
Homecoming Season 2 Review: Julia Roberts Walked Out So That Stephan James & Janelle Monáe Could Tell Us More About This Twisted Thriller!

Homecoming Season 2 Review: After a promising and mind-blowing first season, Amazon Prime comes with the second season of Homecoming. Is it worth your time? Read the spoiler-free review below.

Homecoming Season 2 Review: What is it about?

Homecoming Season 2 is the continuation of what we saw in the first season that starred Julia Roberts as Heide Bergman. To give you a recap, in the first season, a facility called Homecoming promises soldiers to help them live normally in a civil society. This facility is run by popular name in the business world, Geist. Turns out that Homecoming used to play with the minds of these soldiers, lie and manipulate them. Instead of sending them back home to live a normal life, they deploy them again. By the time these men finish their course at the facility, they forget their wish to live a normal life. Due to the particular liquid mixed in their food and medicine, they lose their partial memory.

One such military veteran was Walter Cruz, played by Stephan James. In the last episode of the first season, we saw Heide meeting Walter. But he remembers nothing about his life as a soldier and the time he spent at Homecoming. Even Heide doesn’t tell him anything about Homecoming.

The second season starts on an exciting note when Janelle Monáe’s character wakes up nowhere on a boat. She has no clue who she is and where she is. To find the truth about her identity, Janelle ends up at Geist Headquarters. How? You have the watch the show for that. In the latest season, we get to see more of Audrey Temple (Hong Chau). It was Audrey who made Colin Belfast (Bobby Cannavale) take the responsibility of the f*ck ups he made at Homecoming in the previous season. But in this one, the backstory behind the Audrey-Colin interaction with take you for a surprise.

As we are shown how Janelle Monáe finds the truth about Homecoming, we also get to see what Walter Cruz is up to. In this season, we are also introduced to Leonard Geist, the owner played by Chris Cooper. So what happens when these characters collide? It’s definitely going to be a hell of a drama!

I liked how the first episode started because it doesn’t give a clue about what comes next. The makers play with our minds and by the end of the second episode, the twists start. Just like the first season, Homecoming 2 also uses non-linear narration to take us deep into the world of Geist and their dirty work. Every episode ends with anticipation to know what comes next. Kyle Patrick Alvarez managed to give a riveting series for sure. The performances by Janelle Monáe, Stephan James and Hong Chau are topnotch. 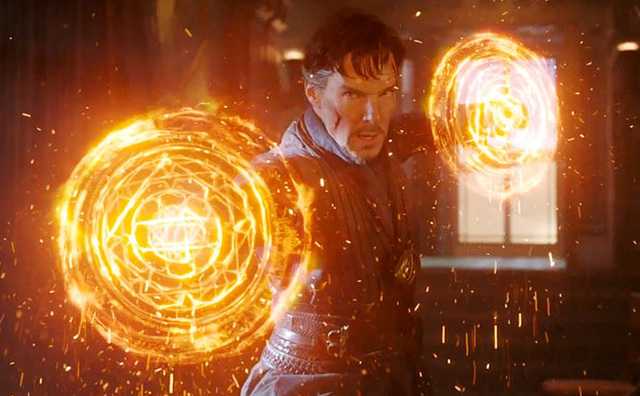 Avengers: Endgame Trivia #57: Not Benedict Cumberbatch, THIS Oscar-Winning Actor Was The First Choice For Doctor Strange! In Homecoming Season 2, we get to see what is up to Walter Cruz after he starts afresh. Janelle Monáe’s character seems interesting, sharp and exuberant. The makers did show us her skills, but I wanted to see more of her like we saw of Julia Roberts in the first season. Considering the staggering twist about Audrey Temple’s character, I wish that was explored more. When you have such amazing layered characters, 7 episodes feel less.

Homecoming season 2 manages to hold your attention. It has its share of flaws and not as intense as the first season. But you will be intrigued as Stephan James & Janelle Monáe make us witness the ugly and in-depth truth of Geist’s Homecoming facility.

The post Homecoming Season 2 Review: Julia Roberts Walked Out So That Stephan James & Janelle Monáe Could Tell Us More About This Twisted Thriller! appeared first on Koimoi.