Mumbai or many of us who find the emotion in the name Bombay, a city where stories walk beside you. A city where even its local trains have stories inscribed on their seats. Remember that little girl who knocked on your car window with gajras in her hand, she has a tale to tell. Amazon Prime Video’s Modern Love: Mumbai is just that. A show here to tell the stories of the purest emotion of love. While some fall out of it, to only fall deeper into it, some find it again on unexpected turns. Amid many hits, and a very few misses, it is Shonali Bose’s Raat Rani that wins the show for me. Here is my review for all the six stories. 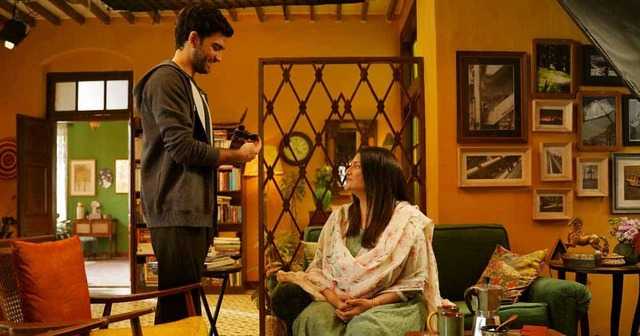 Trust Alankrita Shrivastava to tap into women in a way that their most vulnerable selves will shine and you aren’t allowed to judge. They say “Age is just a number”, is it? Are we really ready to accept a woman dating a guy 30 years younger to her? Sarika as Dilbar, a woman who hasn’t let her past life trauma leave her (which are the real wrinkles) has guarded herself for years. A rusted vintage car, with dents stands in front of her gate blocking way, like she has blocked the gates of her heart. A young man (Danesh Razvi) enters the same gate, touching the same car, and he will take away those wrinkles.

Alankrita’s super power is her bravery and the writing that doesn’t let anybody judge anyone at any given point. A grandmother can find love in a boy who is closer to the age of her granddaughter. She can fantasise him, dare you judge. Dig deeper and more than age, this is a story about two lonely people finding love that makes them break their prisons. In a scene, Razvi stands in front of the mirror and acts like he is socialising, and it breaks my Gen-Z heart. Sarika is beautiful as an actor and so is the cinematography that captures the essence of their surroundings. Also, Sameer Rahat, I am proud of you and this is gold! 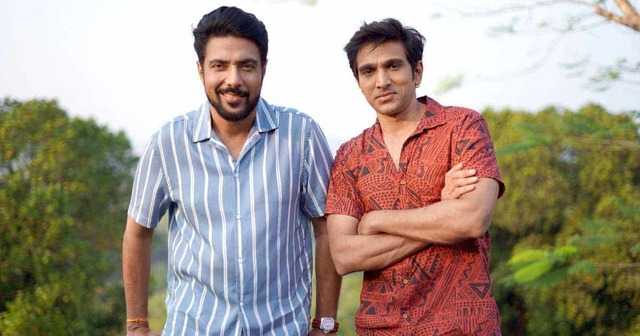 If this is the poetry that comes out of the romantic Hansal Mehta, I am ready to buy the first ticket if he decides to make more of this. There is poetry in the existence of his characters. Ali Sethi’s breath-taking Chandni Raat plays in the background when love is being shattered for many, and a ballad takes over when these people accept their realities and move on. It is about a homosexual couple, but the beauty of Baai is that it never tries to be different. There is an organic gaze that looks at them as lovers regardless of their gender.

Mehta creates some of the most tender moments with his prolific cast. When Ranveer’s Rajveer kisses Pratik’s Manzu on his neck. Or when Baai catches the lie and teaches life lessons. This doesn’t mean Mehta alienates his core audience. He makes his commentary clear and even includes the politics of land and religion that has shaped Baai into what she is. But also the filmmaker forgets to give Tanuja’s Baai the focus she should have. The intimacy could have had a more nuanced and real portrayal too. 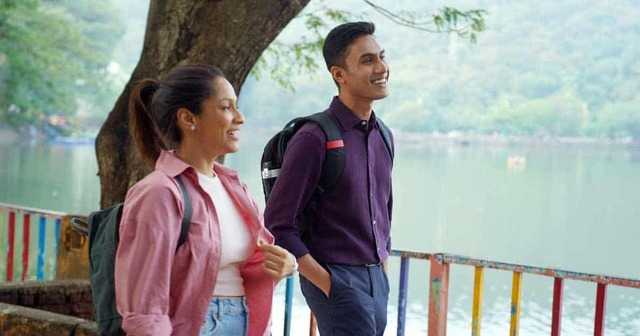 At the risk of sounding too much Gen-Z, this is the closest to the culture of relationships my generation is living. We don’t understand the meaning between infatuation and love, or what is real and what isn’t. Dhruv Sehgal as a writer and director must be a Richard Linklater fan. The man knows how to grab his audience and make them sit through to listen to the conversations he creates between his characters. This time he even adds metaphors to the mix. He takes his story from Modern Love: Mumbai to a place that may sound the least romantic, Thane. Dare you say Thane is not in Mumbai.

As they say, you will find love in the most unexpected places. Masaba as Saiba is finding herself a real follower in the world that only has the plastic ones. She wears them in her hair, as she goes on to meet the plastic people. And the moment she meets a man she could have never swiped right on Tinder, she falls in love. There is a beauty in the unconventional-ness of it all and Sehgal knows how to deal with it and his actors help him organically. They roam around Upvan lake, you guys. If you haven’t explored the fort-like side of the lake, please go right now. Sehgal also gives a shout-out to the migrated kids, who kind of leave their traces behind. Vishal Bharadwaj is a magician filmmaker who can layer his world in the most effortless manner and now he is even getting better with humour. Mumbai Dragon is the filmmaker again taking a wide societal issue and blending it into a story close to home. We have always some how managed to alienate everyone who looks different than us. Our North east folks have suffered casual racism at each walk of their life. Acknowledging the same Bharadwaj celebrates the fact in his short. A Chinese woman whose roots are in Mumbai since the 1930’s lives in a house that symbolises her culture and looks different amid the similar looking house in Mumbai.

Her son Ming (Chang) falls for a Gujarati girl Megha (Gabbi) and that is where the conflict begins. A character casually says “ek Chini tumse acha gata hai”, to which Ming replies “Me Indian hoon”. His mom calls Megha a vegetarian witch. Bharadwaj shows the insecurities of both the worlds. What is refreshing is that the command in Vishal’s world is in the hands of the ones who were oppressed so far on screen otherwise. The reasearch and the authenticity in portraying the culture shine bright. Even a tiffin box is culturally appropriate in Vishal’s film and there is a reason why he is what he is right now. The music is fabulous and Chang needs to sing more. 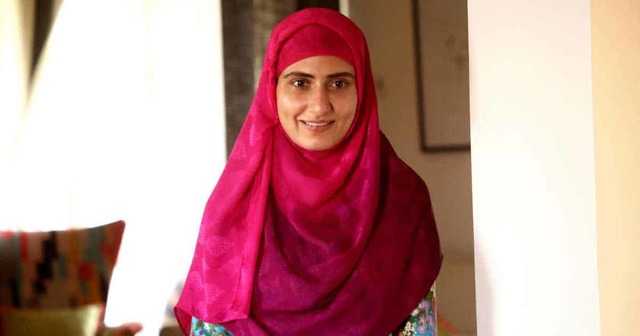 Shonali’s long-time pal Nilesh Maniyar told me he found Lalzari (Fatima) in his kitchen, and trust me Raat Rani’s are all around us. Hands down my favourite and the most brilliant out of the lot, Bose’s short explores love for the people who have been decieved in it. Who do you love when your lover leaves you in the middle of the road? Yourself. With Lalzari, the team explores every bit of the journey of a person who sets out to find themselves. Fatima Sana Shaikh outdoes herself and emerges as a star in this one. She brings the innocence, arrogance and vulnerability so well that it is hard to believe it is Fatima.

Sonali plays with metaphors. A trembling cycle that gets smooth with time, a bridge that Lalzari learns to climb, both practically and metaphorical. The crushing of the societal norm and restrictions. The class divide where naive Lalzari only dreams of crossing the Bandra-Worli Sea Link on a two-wheeler (which isn’t allowed) while her employer owns a land on the moon, Bose and Maniyar hit the right conversations at the right time. Raat Rani blossoms in the night, but make sure everyone smells its fragrance and acknowledge her presence no matter what other trees stand tall around her, Lalzari does exactly that, and I am in love. All my pals who frequently use train as a mode of transport, like I do, you must have come across people lost in their dreamland. It’s me most of the times. Devika Bhagat and Nupur Asthana have made a film about us. Cutting Chai is a nod to everyone who have come to this city with dreams and those went for a toss entirely, just to give you a fate you never thought of. And it takes one to that corner where they replay their life and think about the things that never happened.

Cutting Chai while being a great idea, seems like we have already seen it. Of course, there is a fresh touch, but that isn’t enough. Singh manages to embody Latika very nicely. The industry needs to explore her potential, high time. Arshad is in his element and there is no way you won’t like him. The music is Shankar-Ehsaan-Loy and soothing is a synonym for this trio.

Everything that describes love is packed with a lace of reality in here. Some might not sit right with you doesn’t mean they are wrong, because love doesn’t have a single definition. In a key scene Fatima in Raat Rani says, “Suraj aur chaand baari baari se aate hai, me dono baar aungi”, and that moment is the love I want right now. 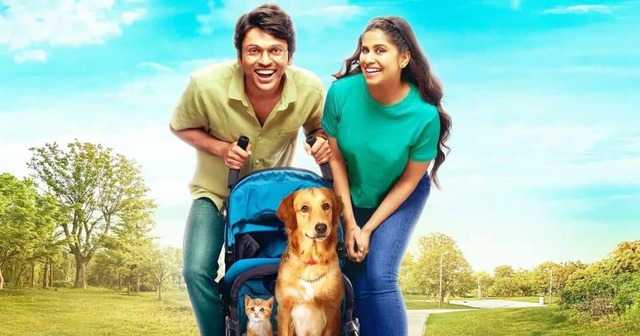 Pet Puraan Review: Saie Tamhankar & Lalit Prabhakar Bring A Show That Is Deeper Than Just The Cuteness Of The Four Legged Cuties

Must Read: Mai Review: Sakshi Tanwar Demonstrates A Haunting Exhibition, Continues To Flourish Her Unexplored Talent Even After 25 Years!